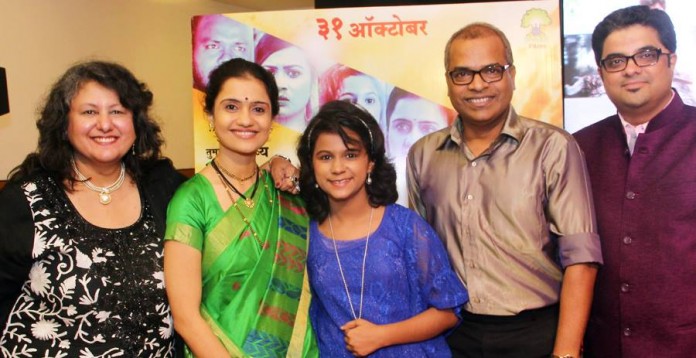 Chintamani, a film based on a common man’s struggle will be releasing on 31 October. The film has Marathi superstar Bharat Jadhav and Amruta Subhash paired for the first time. The film is directed by Sangeeta Balchandran. The first look of this film was unveiled recently at a star-studded event recently.

The story of the film revolves around a common man residing in a Mumbai Chawl. He cannot fulfil his family’s simple needs. He is frustrated by the situation in his routine, when a simple advertisement appeared in the newspapers changes his life dramatically.
.
The cast includes Bharat Jadhav, Amruta Subhash, Tejashree Walawalkar, Ruchita Jadhav, Uday Tikekar, Hemangee Rao, Milind Shinde, Kamalesh Sawant, Jairaj Nair, Kishor Pradhan, Shobha Pradhan, Madhav Devchakke, Monica Devde and others.

The film is produced by Kalpana Shetty, Sangeeta Balchandran, and co-produced by Pranav Vinod Pathak under the banner of Satya Vision Achievers Spectrum Films.