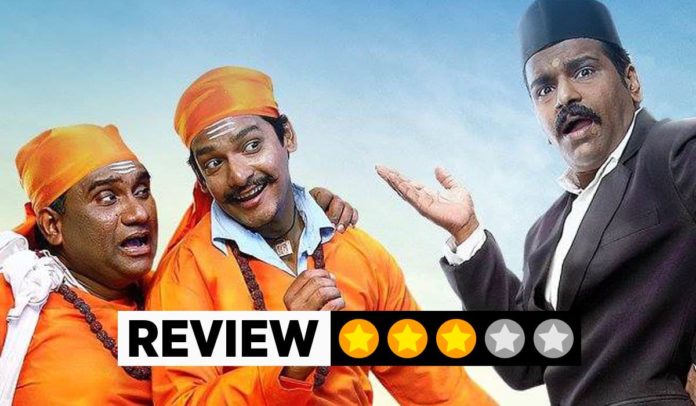 Prakash Kunte directorial ‘Cycle’ is similar to some of his previous works in terms of what it achieves & what it doesn’t. It achieves soulful, simplistic & technically polished story telling standards, but lacks in details of the actual ‘story’. The stories are usually simple enough that they could be described in one line. Though Kunte has that much command over the medium to make a beautiful film out of them, in case of ‘Cycle’ most of the times we don’t mind the compactness of the one line story.

To begin with the flaws, two of the prominent characters in the film, of two thieves played by Priyadarshan Jadhav & Bhalchandra Kadam lack the comic energy between them. Strangely both seem to be giving deliberate understated performances, which didn’t work for me. The subtleness works better when there’s more to read between, here it was limited. Keshav played by Hrishikesh Joshi, his wife (Deepti Lele), Keshav’s father & Keshav’s little girl all of them aren’t enough familiar to us when the conflict of the film has begun.

The problem isn’t that, the problem is that we expect to know them more now that the conflict is active. Instead the narrative is completely concerned with the thieves. I felt since the film was already shorter in length it did have scope for more screen time for Keshav & his family in the second half. ‘Cycle’ is a story which has a sense of fantasy to it, or a sense of allegory, hence finding logic in every little incident that occurs isn’t fair to the film. Yet the incidents that are primary in taking the narrative forward need to be logically backed. ‘Cycle’ lacks this backing at quite a few instances especially in the whole track connected with the thieves.

Hrishikesh Joshi’s performance is one of the biggest strength of the film, his father, wife, daughter all of them are a picture perfect family. The visual feel of the film makes a larger impact in making us feel what the story wants us to feel, more than the story itself, cinematographer Amalendu Choudary deserves the credit for it. The overall openness of the story’s ‘message’ or what it wants to say gives good depth to the film. It shies away from telling us exactly what it meant, it let’s us choose between a few meanings or maybe it says it means all of them. That is the reason why ‘Cycle’ works when seen in totality.

The casting is pitch-perfect, yes even with Bhau Kadam & Priyadarshan (though their understated style didn’t work for me), Deepti Lele is a talented actress who should be seen in interesting roles in the future. The little girl too is lot better than what we see kids doing in daily soaps these days. ‘Cycle’ manages to make us feel it’s 1948 in a small coastal village & also encapsulates the beautiful locales of Konkan.

‘Goodness’ has a merit of it’s own when it’s translated in art earnestly, ‘Cycle’ manages that first & foremost. Better characterizations of the thieves, slightly more screen time to Keshav & co. ‘Cycle’ would have been a ‘complete’ feel good adventure, yet it is good enough to be seen in theatres with our families this summer holidays!

‘Cycle’ is family entertainment set in the old world where ‘goodness’ was more common than today. And it has been backed by the technical fluidity of today’s times.