The idea of presenting few short films as a whole film is slowly gaining acceptance. It doesn’t come as a surprise to see the genre entering Marathi cinema, as newer or experimental topics have been a regular feature in here.

Bioscope, an amalgamation of four short films, is an interesting start to the genre in Marathi. Although not each of the four films can boast of being superlative, the experience as a whole is certainly pleasing due to the progressiveness on display in each, both in terms of the subject and treatment. 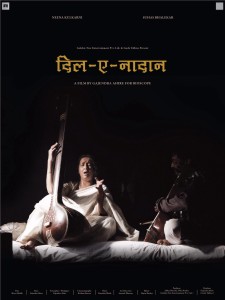 Based on a Ghazal by Mirza Ghalib
Director: Gajendra Ahire
Cast: Neena Kulkarni and Suhas Bhalekar
Writer: Gajendra Ahire
Music: Narendra Bhide
The story takes place in today’s Indore. A classical Ghazal singer (Neena Kulkarni) has been living with her musician friend (Suhas Bhalekar) since 30 years. The two of them are trying to come to terms to the fading days of gharana music and mostly spend their time reminiscing the old, golden years.

This one transports you to the Nawabi Indori Gharana of music. Beautiful tunes, rich production design (the revolving fan standing out) androyal Urdu dialogues continuously enchant you. But the film works as a whole due to the amazing bond between the two characters and the ending moments. Showing the two of them purely as friends is a bold statement. Neena Kulkarni and Suhas Bhalekar provide excellent performances and they also share some amazing chemistry. 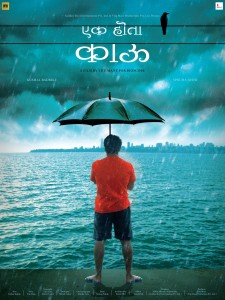 Based on a poem by Saumitra
Director: Viju Mane
Cast: Kushal Badrike, Spruha Joshi
Writer: Viju Mane
Music: Soham Pathak
A young garage owner (Kushal Badrike) falls for a beautiful girl (Spruha Joshi) of a respected family. More than the social difference, it is his skin color that is stopping him from sharing his love for her.

The age old story of a poor guy falling for a rich and upper class girl gets another dimension of the issue of complexion. The undying stigma attached to the dark-skinned in Indian society is presented here in a bold and mature manner; the protagonist is smartly linked with crow. But the story appears dragged after a point. Thankfully, the killer moment in the climax saves the day. Kushal Badrike perfectly molds himself in his character. Spruha Joshi is fine too. 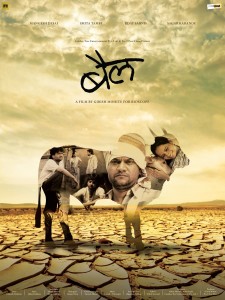 The film focuses on the sorry state of affairs of cotton farmers by highlighting the plight of a famer named Panjab (Mangesh Desai). From his small village in the interiors of Maharashtra, he visits Mumbai to join the protest for increasing rates of raw cotton.

This is another not-so-novel subject narrated differently. The sorry condition of a cotton fameris arrived at in a creative manner. The fact that they receive almost peanuts for their produce while the clothes made out of it are sold in an abnormal price is a very appealing manner of highlighting their plight. But the film lacks proper flow. Also, an important event in the tale isn’t presented clearly. Mangesh Desai is fully believable as a helpless farmer. Smita Tambe is also perfect as his wife. 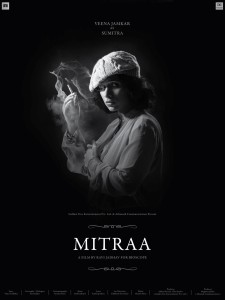 Story of a lesbian girl based in India in 1947 is something out-of-the-box considering queers’ struggle to gain acceptance even in 2015. Mitraa is a bold, beautiful and unconventional take on the issue of lesbianism. The protagonist’s manner of disclosing her sexual preference and the reactions to it sums up its new-age-ness. But you really can’t ignore its visually stunning frames despite the film being in black and white. One wouldn’t mind watching it as a full-length film. In a difficult role, Veena Jamkar provides a thoroughly skillful act. Sandeep Khare is dedicated as her childhood friend. Mrunmayee Deshpande plays her part well too. 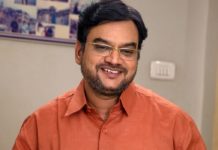 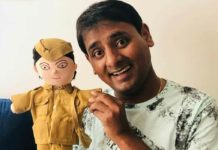 Sagar Karande Gets a ‘Postman’ Gifted from a Fan 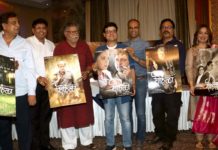