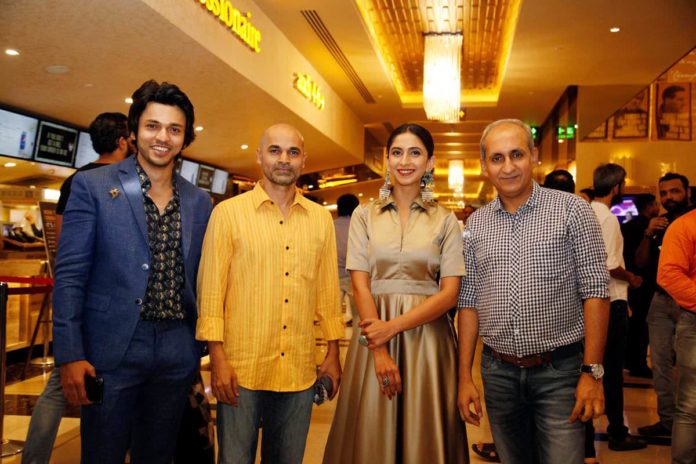 The premier of Chi va Chi Sau Ka was a very glossy affair. The event was attended by many Marathi celebrities along with the cast and crew of the film. Mrinmayee Godbole was looking very glamorous in her stylish dress. Lalit was as usual very handsome in his casuals. The event was also attended by Paresh Mokashi and Madhugandha Kulkarni- director and writer of the film.

The film has been receiving great reviews from the critics and audience has loved the film. The film is a love story of a eco-conservationist and an animal lover. The great story, beautiful performances and witty dialogues have made a film big hit.

Here are some photographs of this event: