Our lives comprises of little happy moments which are scattered around us. But gather those scattered moments of happiness one needs to start every new day with a new hope. ‘Anjney Sathe Entertainment’ produced ‘Zindagi Virat’ is an upcoming film that will inspire us to celebrate every little moment of our life. The recently revealed poster says the same.

The tagline ‘Jagnyachi Bap Goshta’ excites us about the film. The title ‘Zindagi Virat’ itself is so unique & represents something new & fresh in Marathi cinema. The new sophisticated Marathi cinema is nowhere less in the ‘entertainment’ quotient & the poster of ‘Zindagi Virat’ promises us that. 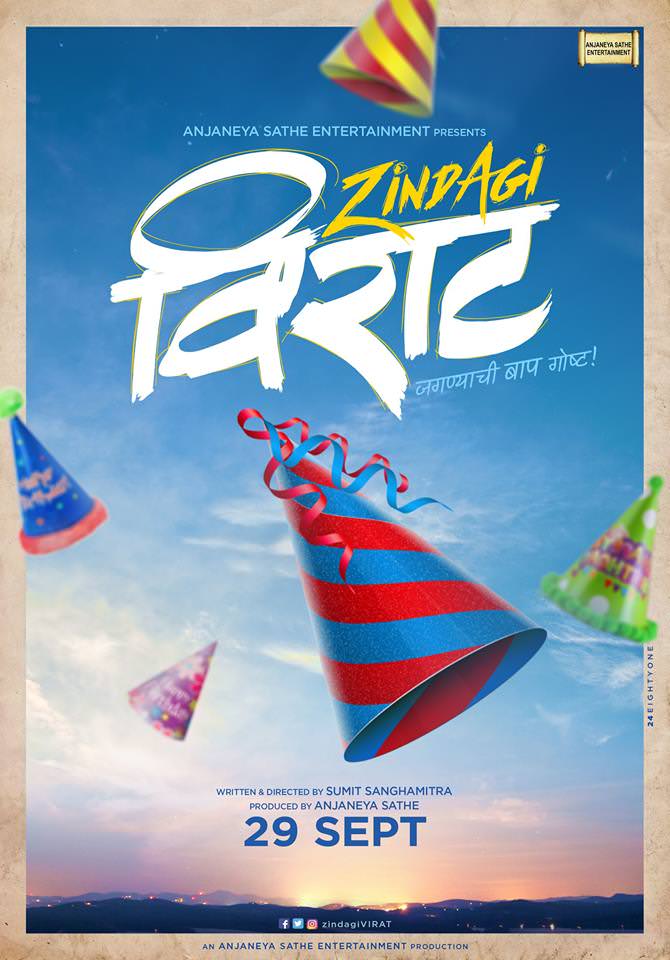 This film is a directorial debut of Sumit Sanghmitra & the unique poster has created a lot of hype about the film. ‘Zindagi Virat’ is set to release in theatres on 29th September & to know more about the film make sure you follow their official handle on Facebook.