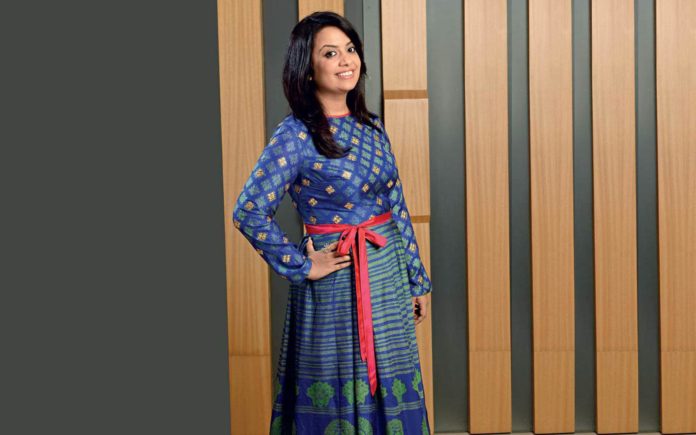 Not many people would know that wife of Maharashtra’s Chief Minister Devendra Fadnavis is a qualified singer. Not just that, Amruta Fadnavis is now all set to make her commercial singing debut in the movie Sangharsha Yatra.

She has rendered her voice for the title song of the movie, which was recently recorded at Mumbai’s Yash Raj Studio. The film is a biopic the on the late BJP leader, Gopinath Munde and is directed by Sakar Raut and executed by his Team SR.

The filmmaker also has a couple of more movies in his kitty: Shivya and Hatke Love Story.

This is not the first time that a singer is making a Marathi film debut in a movie by Team SR. Earlier, Abhijeet Bhattacharya had debuted through their film Kalakaar while Palak Muchhal, Nakash Aziz and Armaan Malik in Hatke Love Story. Although Javed Ali has sang in their film Shivya, it wasn’t his debut.