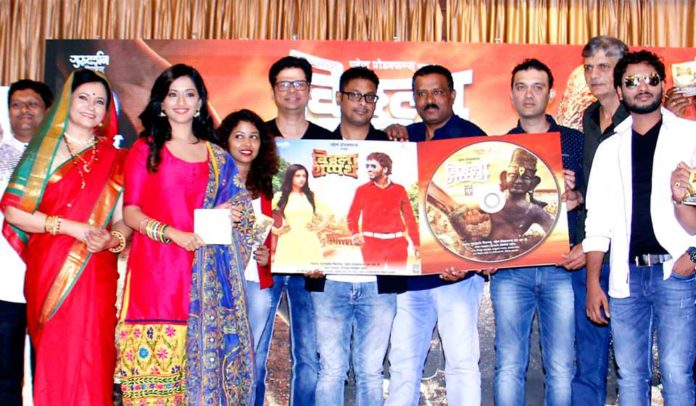 Recently the music launch event of upcoming Marathi movie ‘Vitthala Shappath ’ was held in a grand way in the presence of many dignitaries. The vent was a success thanks to the experiences shared by the musical team of the film & skits performed by the artists of the film. Director Chandrakant Pawar believes the audiences will enjoy the songs of ‘Vithala Shapath’.

‘Vithala Shapath’ is produced by Gurudarshan Films & Pahel Production L.L.P & is set to release on 15th September. The film will project the relation between lord Vithal & his devotees. Songs of this film complement the story of the film. These songs are penned by popular lyricists Kshitij Patwardhan & Mangesh Kangne & the music is composed by Chinar-Mahesh.