Vikram Gaikwad is a hugely talented actor who hasn’t really got many opportunities after the super successful Zee Marathi serial ‘Unch Maza Zoka’. He was seen in films like ‘Dr. Prakash Baba Amte’ & ‘Lapachhapi’ recently but wasn’t recognised or acknowledged for his performance. He has also done a play written & directed by senior Marathi writer-playwright Ratnakar Matkari, ‘Indira’.

Now he is making a rocking comeback in a role which seems to be tailor made for him. He will be playing a boxer in the Santosh Manjrekar directorial ‘Bedhadak – Samanya Swapnancha..Asamanya Pathlag’. Vikram had won the Fear Factor Marathi show a few years back & had proved what a tough guy he is! Hence it would be exciting to see him as a boxer.

Presented by Rahi Productions ‘Bedhadak’ is produced by Mandar Govind Taware. This film is set to release in theatres on 1st June. The official poster of the film was recently revealded on social media by the makers of the film. We can instantly connect with Vikram’s portrayal of a boxer through this poster! ‘Bedhadak’ joins a new wave of Marathi cinema that is inclined towards sports in recent times! 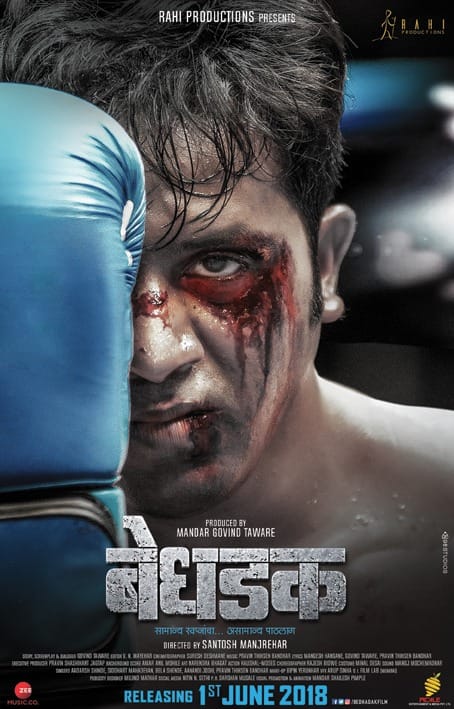