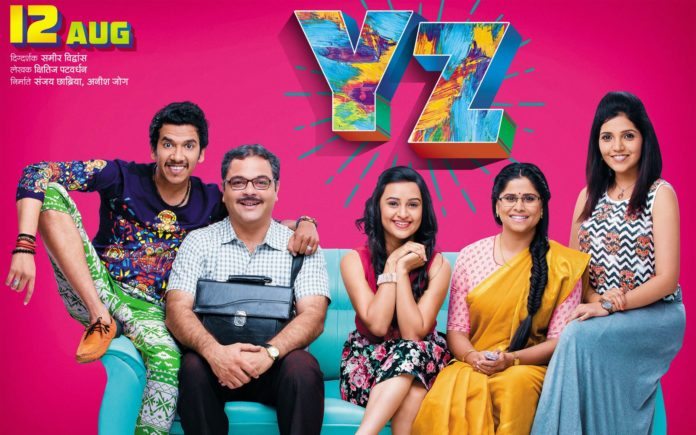 YZ, a new film by Sameer Vidwans has recently announced its new cast member- Mukta Barve. Earlier, the innovative film promo has introduced Saie Tamhankar and Parna Pethe in hatke roles. The recent addition in this female casting has surely increased our anticipation for this film.

The film will be releasing on 12 August and getting ready for the promotions. The film has been produced by Sanjay Chhabriya of Everest Entertainment and Anish Jog from Pratisad Productions.

YZ stars Saie as Parnarekha, a girl who is very spiritual and speaks in a traditional Marathi. Parna will be seen as a modern girl learning Sanskrit. Though, the role of Mukta has been kept secret yet, her ultra modern look in the teasers has informed us that this is something Mukta has never done on screen. Director Sameer Vidwans commented that, audience has never seen Saee or Mukta in such brilliant and different roles. Everyone knows what a great actor Mukta is. However, I love her way of understanding of her role and her dedication.” He did not tell is about her role but told to keep an eye on the trailer releasing next week.

We will bring the trailer to you very soon! Keep reading this space.