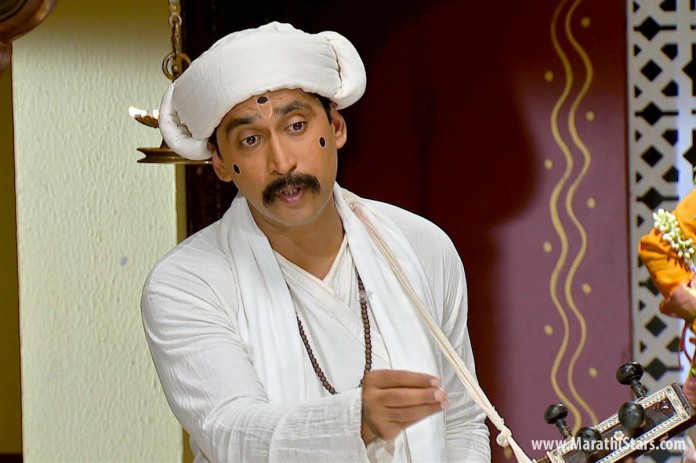 The great saint Tukaram was not only the saint of the Warkari sect but was a sacred saint of all Maharashtra. Colors Marathi is bringing to television , the whole life of the great saint on the small screen for the first time with the show ‘Tu Maza Sangati’ . This show will depict the family life of the saint and his homely matters and various events and situations in his family life. But how he achieves oneness with his idol Lord Vithoba will also be seen in the show.

The family life of Tukaram and his loving wife Awali is on a new beginning and from the beginning of the show, the one avatar of the saint which we all are expecting from the saint lost in meditation of Lord Vithoba and how he is blessed with sainthood will also be seen in this show.

The family life of Tukaram and Avli is on a new plateau and right from the start of the show the audiences are expecting the avatar of Tukaram, they will see it now on the show. Speaking about this Programming head of COLORS MARATHI Sanjay Upadhyaya says, ” How a simple family man who is immersed in his devotion for Lord Vithoba and his meeting with Lord Vithoba and how he becomes a revered saint is the synopsis of the show. Many told untold fables of Saint Tukaram will be portrayed in the show . How the impossible can be achieved and if you have faith you can move mountains and meet even God is the gist of these stories of Saint Tukaram. In these hard stressed out times, the show tries to give solace to people and instill faith in them , was our aim of the show and we feel that we have achieved with this show.

When we think of Saint Tukaram, the image of the actor Chinmay Mandlekar immediately springs to our mind and the image is so strong that recently Chinmay was invited to one of the family functions in the descendants of Saint Tukaram and the invitation was addressed to Chinmay as Hari Bhakti Parayan and Chinmay himself is immersed on Hari Bhakti Parayan while on the sets and so engrossed is he that even while he is not giving a shot , he is still chanting Hari Bhakti Paraayan. He recollects an incident in Tukaram’s life when a villager in Dehu, Sant Teli’s son is on deathbed and his wife comes to seek help from Saint Tukaram who decides to chant the hymns of Lord Vithoba till the son recovers and his devotion to Lord fructifies and the sick son recovers. Chinmay further adds that the shooting of this sequence took 10 days and he was engrossed in Hari Bhakti Parayan 7 to 8 hours a day and I got a divine faith in the Lord. The director Sangeet Kulkarni has taken a lot of pains while shooting the showand he says that no compromises have been made while shooting the show.

We have already known Saint Tukaram’s devotion for Lord Vithoba and this we all will see on this Colors Marathi show ‘Tu Maza Sangati’ to be telecast at 7.30 pm from Monday to Saturday.