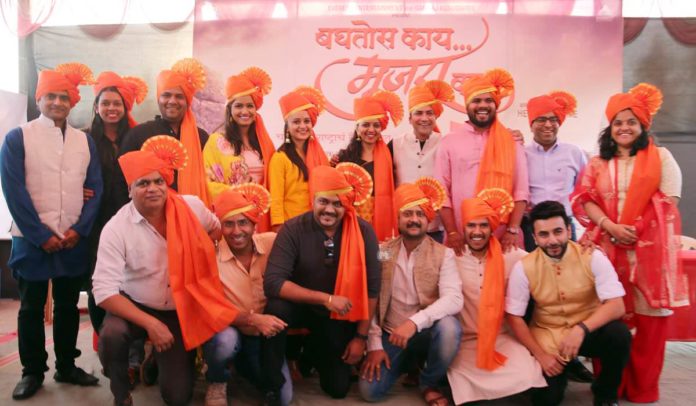 Very recently PM Narendra Modi attended the ‘Bhumi Pujan’ of a grand Chhatrapati Shivaji Maharaj Statue in Mumbai. Since then many contrasting views have been put forth through different forms of social media. Many have asked the question of what is important, such statues or the preservation & protection of the existing forts of Maharaj? ‘Baghtos Kay Mujra Kar’ is a film that puts light on this confusion & also talks about how dirty politics is played using the name of Shivaji Maharaj.

Jitu Joshi spoke about how it’s important to understand that Chhatrapati Shivaji Maharaj were people’s king & belonged to everyone of any caste or religion. Director Hemant Dhome said there are many youngsters like him & ‘Baghtos Kay Mujra Kar’ team who believe in the history of Maharaj & understand the need to protect & preserve Maharaj’s forts!