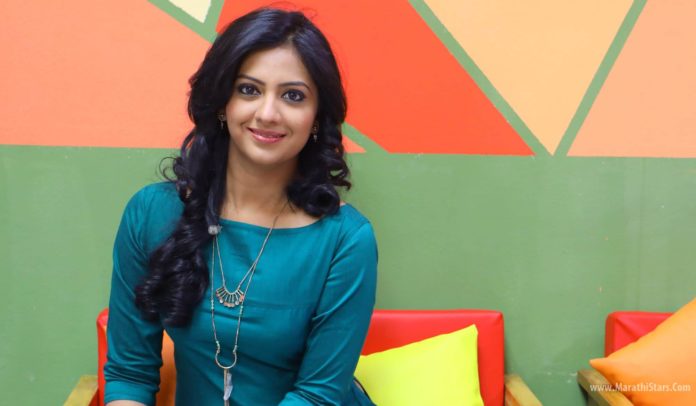 Tejashree Pradhan & Umesh Kamat starrer ‘Asehi Ekda Vhave’ is soon releasing in theatres. During a shoot schedule of this film, the ‘Asehi Ekda Vhave’ team was staying in Hotel Deccan Rendezvous in Pune. Tejashree Pradhan lost her laptop at that time & the whole film’s team searched the entire hotel to find it. Tejashree herself was panicked & was searching her laptop. One can understand it’s not just how expensive a gadget is, but one’s personal information too is in danger when you lose a personal gadget like laptop!

But then after everyone giving up on finding the laptop, Umesh Kamat found the laptop! And guess what? It was Umesh Kamat himself who stole it in the first place! Yes Umesh & a few members of the ‘Asehi Ekda Vhave’ team planned this heist to teach Tejashree a lesson in fun way! Umesh Kamat says, that Tejashree has a bad habit of misplacing her belongings & then panicking!

The director of the film Sushrut Bhagwat was also part of this game! We are sure Tejashree would have also taken her revenge from Umesh! Let’s hope this chemistry between the two could also be seen on the big screen when ‘Asehi Ekda Vhave’ releases.