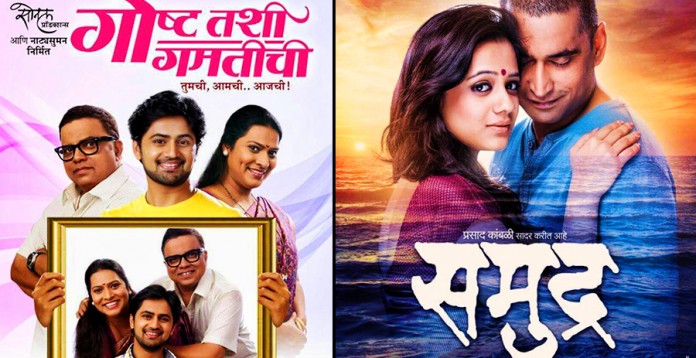 Marathi audience has always preferred Theatre, not only as entertainment but for various other reasons. Marathi drama has been content-oriented and encompassing different subjects.

Many television stars have gained popularity through their series, but they still remain loyal to their stage. Recently, many TV stars have been seen on stage, delighting the audience. “Samudra” by Chinmay Mandlekar and Spruha Joshi, U-Turn by Ila Bhate and Girish Oak, “Chal Thoda Enjoy Karu” by Sharwari Jamenis and Hemant Dhome etc are some examples.

The interesting thing about most popular TV serial, Honaar Suun Mee Hyaa Gharchi, is that entire starcast of this serial has been engaged on the stage in various drama. Goshta Tashi Gamatichi has Shashank Ketkar, Leena Bhagwat and Mangesh Kadam in the lead roles.

“Aaee Tula Mee Kuthe Thevoo” has a lead role by Rohini Hattangadi. It is speculated the lead actress of this serial “Jahnavi” aka Tejashree Pradhan will also be seen on theatre in the upcoming year.