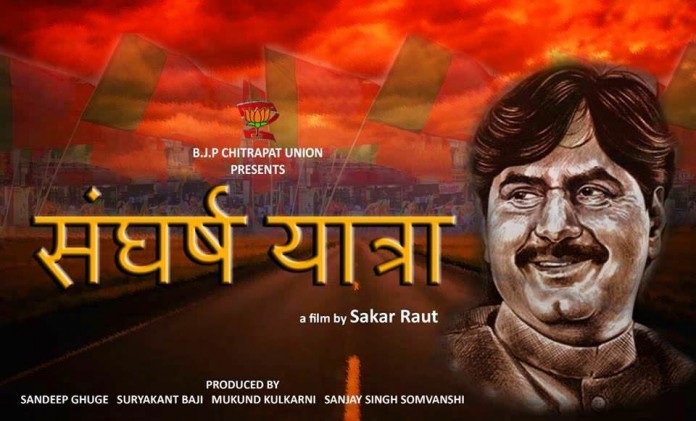 After knowing that a biopic on the life of late BJP leader Gopinath Munde is in the making, the first thing a person would ask is the name of the actor playing the title role. Although the makers are tight-lipped about it, they managed to add on to the eagerness by some revelation at a press conference in Mumbai recently, which included the announcement of the title, Sangharsha Yatra.

“A lot of actors are eager to play the role of Munde. They have asked us to keep themselves in mind since the character is larger-than-life and powerful. There has been media speculation that actors like Atul Kulkarni, Subodh Bhave and Chinmay Mandlekar are being considered but we won’t say anything right now. The cast of the film also includes topmost actors from Hindi cinema,” said Sakar Raut, director.

But what made the heads turn the most was the revelation of the rest of the characters. “The film will also have characters like Balasaheb Thackeray, Pramod Mahajan and Vilasrao Deshmukh, who were a part of Munde’s life,” said the director but refused to reveal the names of the actors essaying those roles. There was also a question raised about the chances of any real-life politicians playing themselves. Raut responded to this with, “It’s suspense.”

Produced by Om Siddhivinayak Motion Pictures in association with BJP Chitrapat Union, Sangharsha Yatra will focus on the life of Munde from the commencement of his college life in 1971 till his untimely demise in 2014. “The film will portray true feelings and emotions that his supporters associate with him. People will also get to know things like, how he was actually, his favorite food, how he used to prefer his tea and other such things. We will show Munde as never seen before.”

The project will go on floors at the end of February 2015 and will be shot in Mumbai, adjoining areas of Maharashtra and Delhi. The tentative release date is fixed as December 11, 2015 since Munde’s birth anniversary falls a day later. The cast and crew details of Sangharsha Yatra will be revealed at the end of January. Before the release of this film, Raut’s other two films – Shivya and Hatke Love Story – will be released.