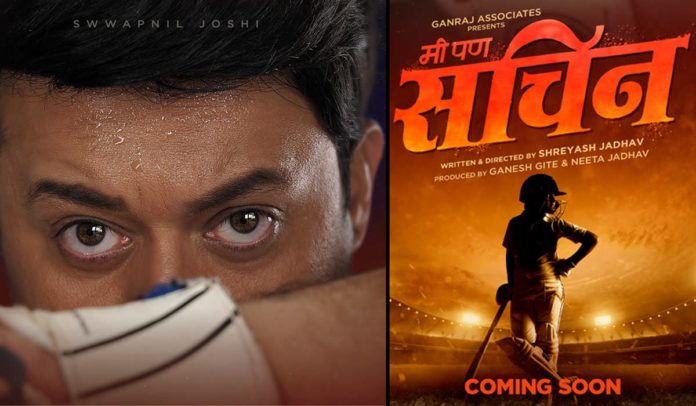 The official first look of ‘Mi Pan Sachin’ was recently revealed online. This film belongs to ‘Ganraj Associates’ who have previously presented & produced successful Marathi films. Most importantly this film marks the directorial debut of ‘Pune Rap’ fame Marathi rapper King JD aka Shreyash Jadhav. He is also the writer of the film! 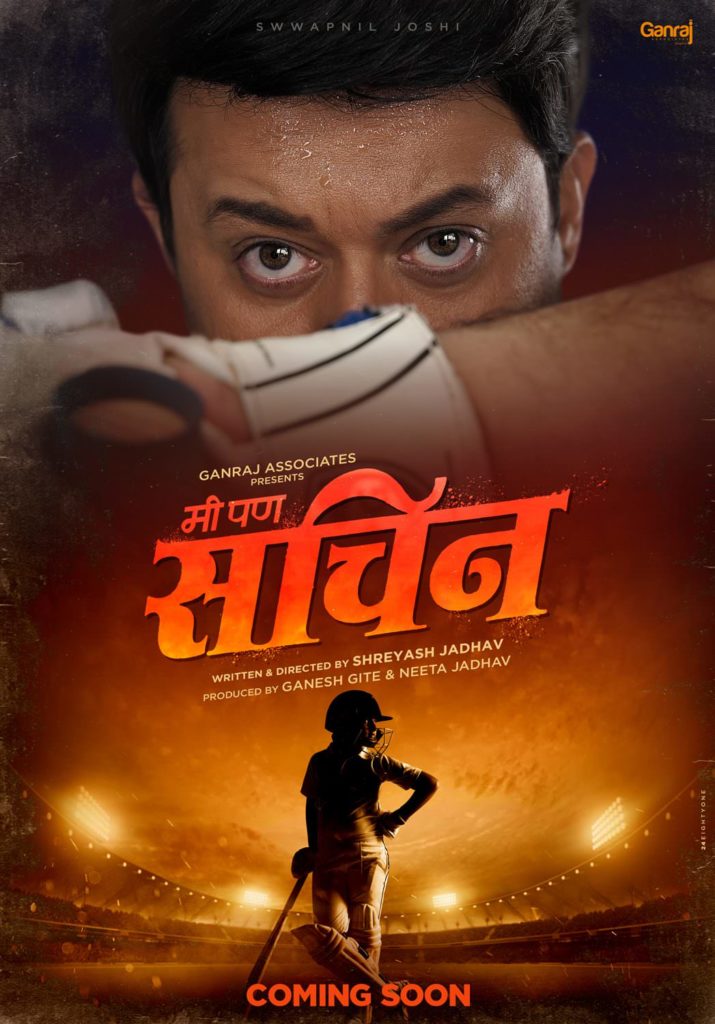 The film stars none other than Swwapnil Joshi as he is also visible in the first look poster of the film. Moreover we can also spot a little kid all suited up in a batsman’s uniform. Will this be the tale of an aspiring Sachin Tendulkar? What exactly will be Swwapnil Joshi’s role in this film? All this is currently a secret. The film is being produced by Ganesh Gite & Neeta Jadhav & currently the shooting of the film has commenced in Pune. We all can anticipate a true blue cricket film in Marathi in the near future!