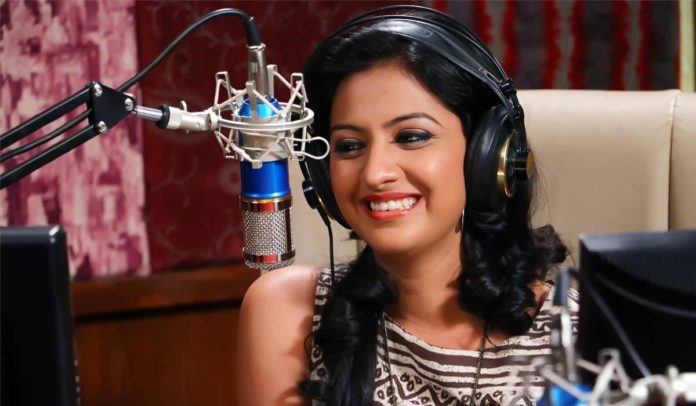 ‘Honar Sun Mi Hya Gharchi’ fame Tejashri Pradhan became an icon of ‘Adarsh Sun’ in the hearts of the audiences. Now in her upcoming film ‘Asehi Ekda Vhave’ she will be portraying the character of a Radio Jockey (RJ)! The film stars a fresh pair of Tejashri Pradhan & Umesh Kamat. This film is set to release in theatres on 6th April!

For making her performance more authentic Tejashri Pradhan a did a special workshop for a month where she learned many nuances of being a radio jockey. She learned all skills that a radio jockey needs to be aware of which include connecting with listeners, sponataneous improvisations & making the listeners excited for the music & songs. Tejashri even visited an actual radio station to make her character alive.

The audiences too will be pleasantly surprised by her character believe the makers of the film. Tejashri Pradhan says at first she found it difficult but soon she mastered the nuances required to suit her character of an RJ! ‘Asehi Ekda Vhave’ is a romantic film that will present a new fresh perspective on falling in love!