Produced by ‘G Seams’ & directed by Shrabani Deodhar, Swapnil Joshi starer ‘Mogra Phulala‘ releasing on 14th of June stars Sandeep Pathak as Swapnil Joshi’s best friend! This is the first time that these two actors will be working together in a film!

Swapnil’s & Sandeep’s friendship in this film is an ideal representation of real life friendships! They both are partners in their business of softwares. Whenever Swapnil’s character is in any need it’s Sandeep’s character who comes to his rescue. 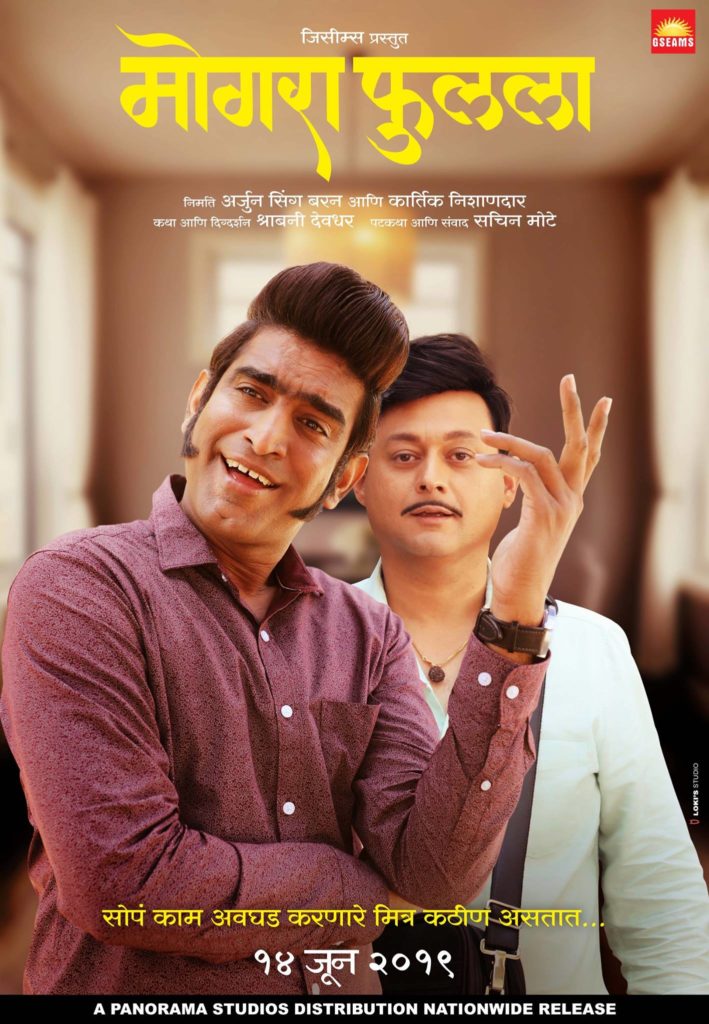 Having said that Sandeep Pathak also represents those clumsy but loving friends of ours who might make our work difficult at times. The same catchline can be seen on the recently revealed poster of the film featuring Swapnil & Sandeep. Sandeep Pathak is seen in a very unique in this poster which highlights his colorful nature!

Sandeep Pathak has met us through many films, serials & plays including the iconic serial ‘Eka Lagnachi Dusri Goshta’ which also starred Swapnil Joshi! However in that serial Sandeep Pathak played Mukta Barve’s friend & not Swapnil’s! About his role in ‘Mogra Phulala’ he says that he enjoys being part of a good story, irrespective of his role. Moreover the overall team (that includes Arjun Singh Baran & Kartik Nishandar of G Seams) of the film too has motivated him to be a part of this project!