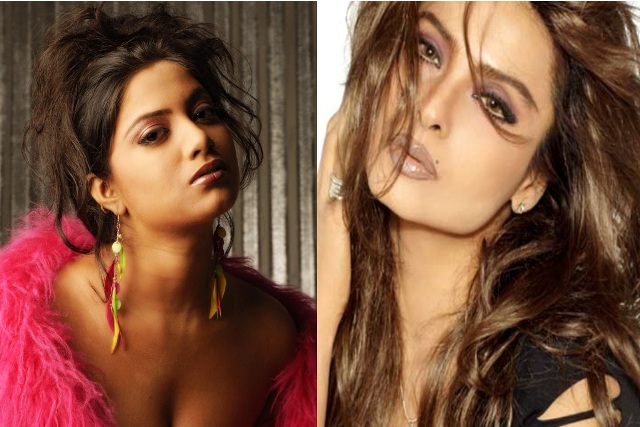 The Marathi remake of 1988’s classic Khoon Bhari Maang is in the making these days which is titled Bharla Malwat Rakhtaana. According to the latest buzz, Director Anup Jagdale has roped in Bold and Beautiful south indian actress Kavita Radheshyam to play the role which was originally enacted by Rekha.

Khoon Bhari Maang which was about a wealthy widow who is almost killed by her lover and sets out for revenge. The film was a comeback venture for Rekha in that year which worked wonders in favor of the diva and was a critical-commercial success too. Kavita tweeted with the film’s poster “Shooting 4 Marathi Remake Of Khoon Bhari Maang (Bharla Malwat Rakhtaana) From Tomorrow Onwards.. Very Excited.”

Bharla Malwat Rakhtaana is Kavita Radheshyam’s first ever Marathi debut. As for the role and the language goes, Without revealing much the actress said “I heard Marathi Film industry is filled with people who has huge and wonderful heart. I am a die hard fan of films such as Jogwaa, Balak Paalak (BP), Pachaadlela etc. I am sure if Maharashtrian People like my work, They will offer me more films. As far as my role in the film is concerned, Let me assure you that this one is the most challenging performance at my early stage of Acting. I am really thankful to the director Anup Jagdale for having faith in me.”

Kavita who is known as the latest version on Silk Smitha back home in Karnataka will also be seen in upcoming much anticipated Kannada action thriller Ragini IPS.

My film is not a remake of Khoon Bhari Maang, claimed Anup Jagdale 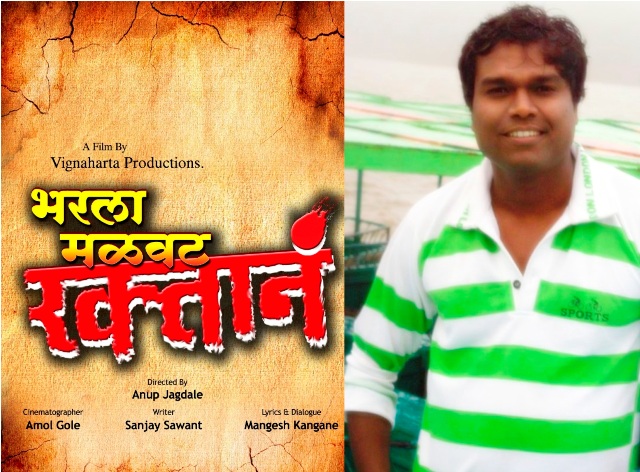