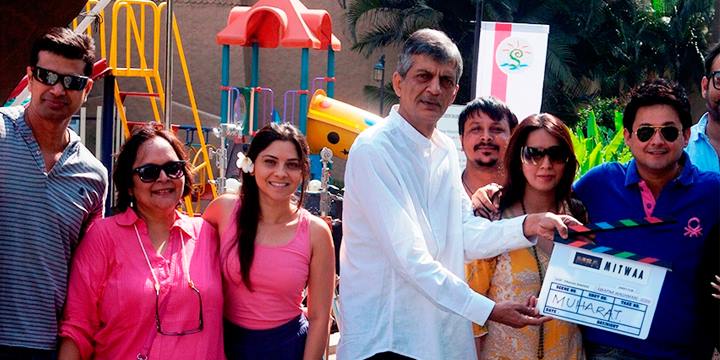 Shooting of Swapna Waghmare-Joshi’s directorial venture Mitwaa began on the occasion of Gudhi Padwa in Pune. Produced by Meenakshi Sagar, Amrit Sagar and Akash Chopra, Mitwaa and Presented by Video Palace, this film has actors Swwapnil Joshi and Sonalee Kulkarni in lead.

Executive producer of the film Sanjay Dawra, said, “We had planned to start shooting around this time. With everyone’s convenience we finalised on March 31st. It was later that we realised the day of Gudhi Padwa. A happy coincidence we say.” Presenter of the film Nanubhai Jainsinghani gave the first clap in presence of producer Meenakshi Sagar, cinematographer Prasad Bhende, director Swapna Waghmare-Joshi, actors Swwapnil Joshi and Sonalee Kulkarni and others.