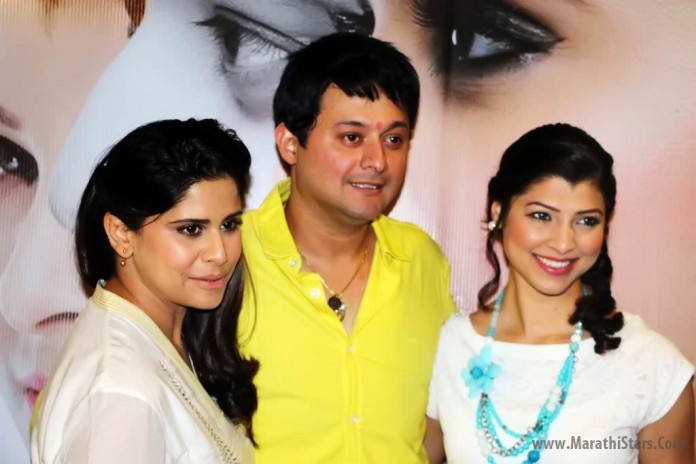 Sanjay Jadhav’s ‘Duniyaadari‘, ‘Pyaar Waali Love Story’, got a good response at the box office and the films taught us the meaning of friendship and relationships and love . Pyaar Vali Love Story taught us the new realms of love and Duniyaadari taught us the truth about friendship. And now the maker of these two big hits, Sanjay Jadhav completes his love trilogy with a new film ‘Tu Hi Re’ which was launched with a song recording , a romantic song sung by Adarsh Shinde and composed by Amit Raj and lyrics by Guru Thakur at the Ajivasan Studio  and the other co- composer is Pankaj Padghan.

The film stars Swapnil Joshi, Sai Tamhankar, and Tejaswini Pandit. The story is by Manaswini Lata Ravindra and the film is produced by Karan Entertainment and Indian Famous Studio, and Sanjay Jadhav’s banner Dreaming 24/7. The film is being readied for a September release and the Sanjay Jadhav magic is sure to work again!