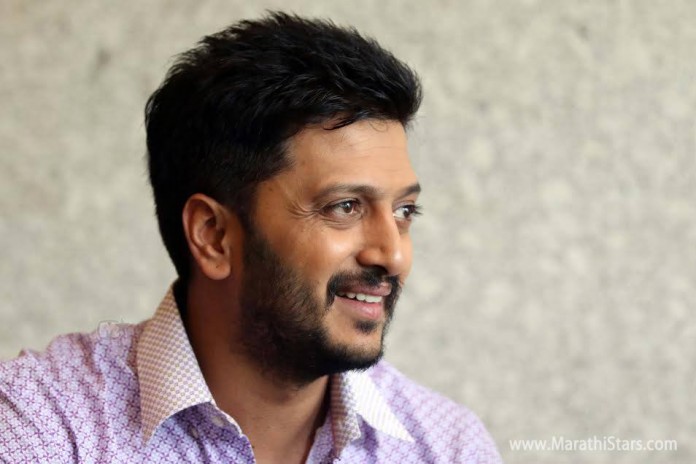 Believe it or not, Bollywood superstar Salman Khan wanted a meaty role in Lai Bhaari. Ritesh Deshmukh, a hero of this movie and a very good friend of Salman Khan revealed that, Salman literally persuaded to give him a role in this movie. “He was so much impressed with the plot, he wanted much bigger part. However, as it was not possible to add him in the existing story, I and Nishikant (director) created a scene just for him. Salman’s mother is a Marathi, he worked in this film for his mother, Ritesh added.

Ritesh narrated this incident recently. Jai Ho was being filmed at Ramoji Film City when I met him. He casually enquired what I was doing there? I told him about this story, he was very much impressed and wanted to work. How could you say no to Salman Khan? I said let me try something. After some days, we again met at the gym where he enquired about this project. I told Nishikant flatly to get something done; otherwise I would not be able to visit the gym again. We wrote a scene especially for him. As his mom is Marathi, he can speak the language fluently. After this scene, he wanted one more scene in the movie! When I said, this time it was really not possible. Sohail Khan commented that many people visit Bhai to work with them. First time he is demanding a role and you are saying no!

Ritesh also added that viewers will love Salman Khan in this movie. He has done a traditional Marathi getup with Dhotar, kurta and a cap. His mother is going to love him when she will see him in this dress.

Ritesh said, “This story was written by Sajid Nadiadwala for a hindi film, and he wanted to cast Salman Khan and Akshay Kumar seven years back. However, when it was decided to make this movie in Marathi, Amey Khopkar and Jitendra Thakare chose me in the lead role. This film is as good as Bollywood movie, it takes real guts to make this movie in Marathi. The promos of this film were released pan-India along with Hamshakals and Ek Villain. Many non-Marathi people are also enthusiastic about this movie. We are trying to release this movie at places where Marathi population is large like Gwalior, Indore, Baroda etc.