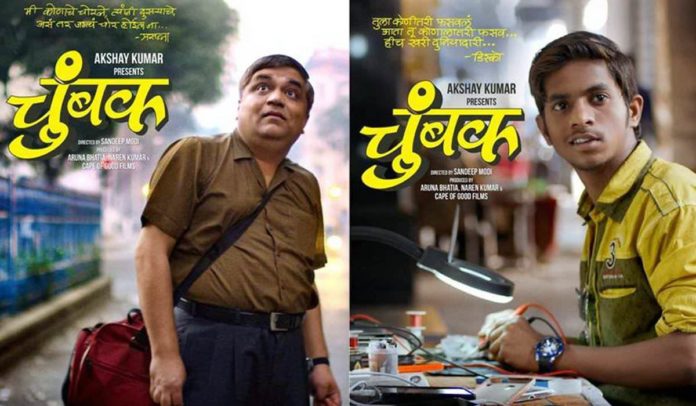 The Marathi film industry has been abuzz ever since Akshay Kumar took to social media to speak his heart out in ‘Marathi’ about the film ‘Chumbak‘ which is presented by none other than Akshay Kumar himself. The team of Chumbak has now released the first look of three key characters in the film – Prasanna Thombre played by the two-time National Award winner noted lyricist, singer, musician and writer Swanand Kirkire, Disco played by debutante teen actor Sangram Desai who hails from a village near Kolhapur & Balu played by another debutante teenager Sahil Jadhav from Pune.

Acting in a leading role for the first time, Swanand Kirkire plays the role of a mentally slow simpleton from a village near Solapur. One of top lyricists and music artist of the country, Swanand says “I had assumed the team wanted to meet me for its music, but I was taken aback once I realized they wanted me to act, that too in a leading part, that too in one of the toughest parts I have heard! But hearing the script and the faith the team had, we dived into it all together – me, Sandeep, Saurabh and Naren.”

” Building on the part of a mentally slow naive man with our own personal observations of people around us  and extensive research  with doctors and counselors working in this area, we all built this part together  brick by brick, with the love and dignity we wanted to bring to it.”, adds director Sandeep Modi. 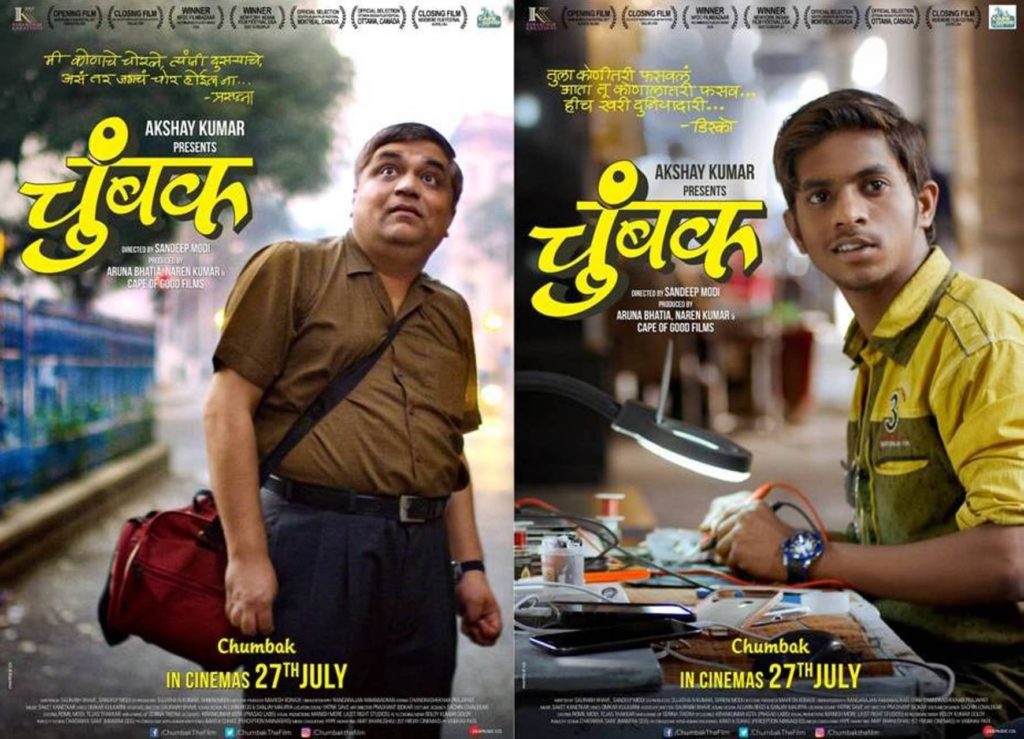 On the other poster, Sangram Desai plays Disco, a migrant mobile repairer in Mumbai. The casting team led by Romil Modi and Tejas Thakkar unexpectedly discovered Sangram from a village near Kolhapur. Playing a part of a street-smart migrant, Sangram who had never been to Mumbai spent a month in the city observing and learning its pulse under the guidance of director Sandeep Modi and writer Saurabh Bhave to build the part. Acting for the first time, Sangram even learned the basics of repairing a phone for preparing the part. 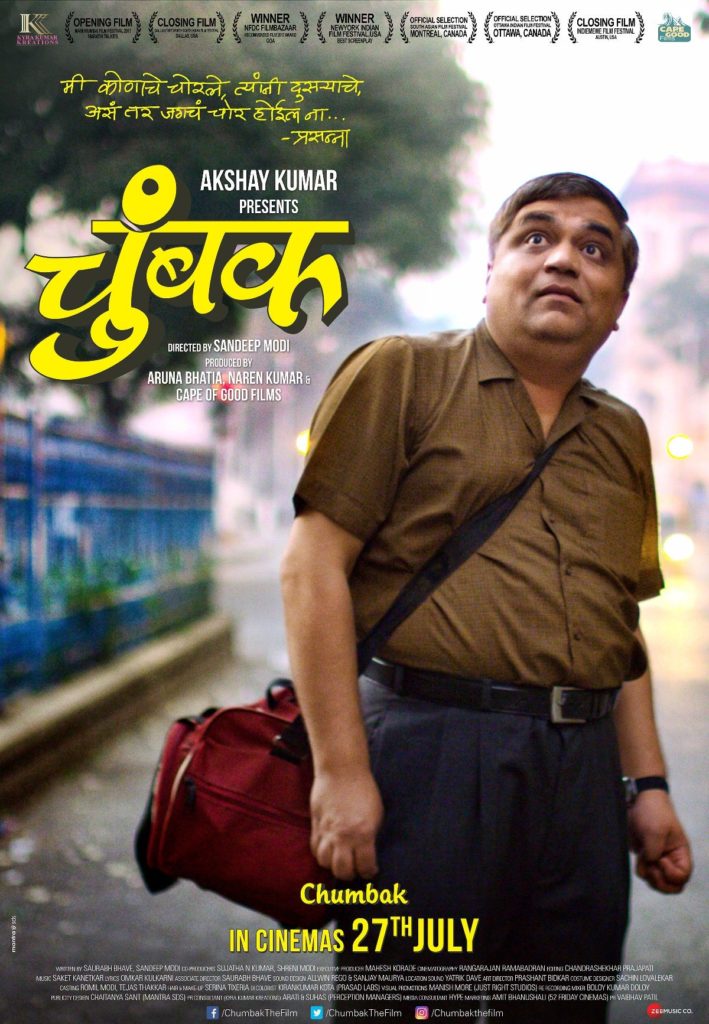 The third poster starring the character of ‘Balu’ played by Pune’s Sahil Jadhav is a character of a young boy who works as a waiter in Mumbai & he has a dream! The team of Chumbak found Sahil at the very last moment when just 25 days were left for the shooting. Before that, they auditioned over 250 kids but couldn’t find the perfect ‘Balu’. Sahil was found from his work in amateur theater. 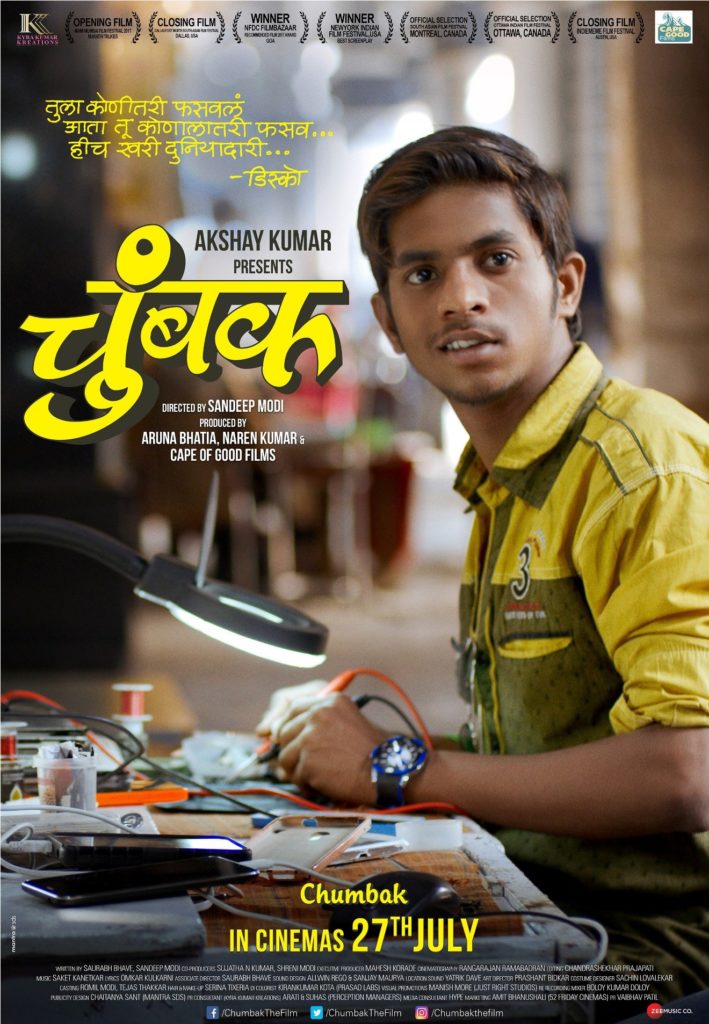