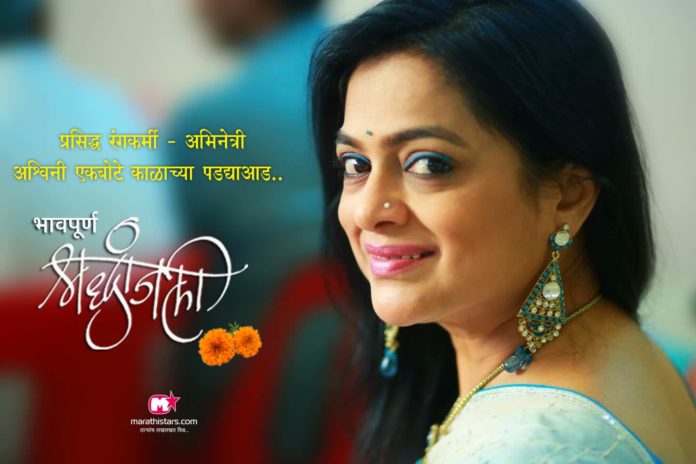 Marathi Actress Ashwini Ekbote suffered from a sudden heart attack & sadly passed away. Ashwini will be missed by the industry & the audience too. She was performing her dance at an event in Bharat Natya Mandir, Pune.

While at the end of her performance she suddenly collapsed. She was rushed into the nearby Gore Hospital were the Doctor declared her dead. Due to increase in blood sugar the symptoms of heart attack weren’t recognised. Ashwini was merely 44 years old & was married & mother to a child.

Apart from acting Ashwini was a classical dancer. She breathed her last while performing classical dance in the event titled ‘Natyatrividhi’. When ashwini collapsed on stage at the end of her dance the audience thought that too was part of the act but unfortunately it wasn’t. This memory of her performing will be etched forever in the minds of upcoming Marathi artists & performers.

The whole Marathi fraternity will be alongside her family in this hard time. May god rest her soul in peace. Ashwini Mam you will be missed forever & ever.