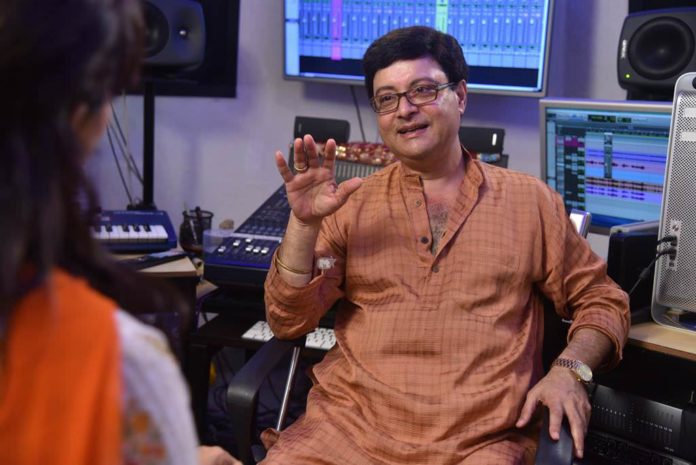 Sachin Pilgaonkar has written lyrics for the first time for Govind Nihlani directed “Tee Ani Itar”. After being an actor, director, producer, presenter and music composer, Sachin has donned another cap as a poet. He has taken a pen name “Shafaq” for this new role. The gajhal is in pure Urdu language “Badal Jo Gheer Ke Aye”. The music for this gajhal has been composed by Vashudha Sharma and Aditi Paul has sung this soulful rendition. Sachin has fabulous command over Urud, as we have seen in “Katyar Kakjay Ghusli”

The film also has another song “Atur Mann” written by Mandar Cholkar and sung by Ankita Joshi. The film stars Subodh Bhave and Sonali Kulkarni in the lead roles. Along with these two, the film has talented star cast like Amruta Subhash, Avishkar Darvekar, Bhushan Pradhan, Priya marathe, Suman Patel and Ganesh Yadav. The film is produced by Prakash Tiwari, Puniit Singh, Dayal Nihlani and Dhananjay Singh. The film is based on Manjula Padmanabhan’s English Play “Lights Out”. The story and screenplay has been written by Shanta Gokhale.

The film will be releasing on 21 July all over Maharashtra.