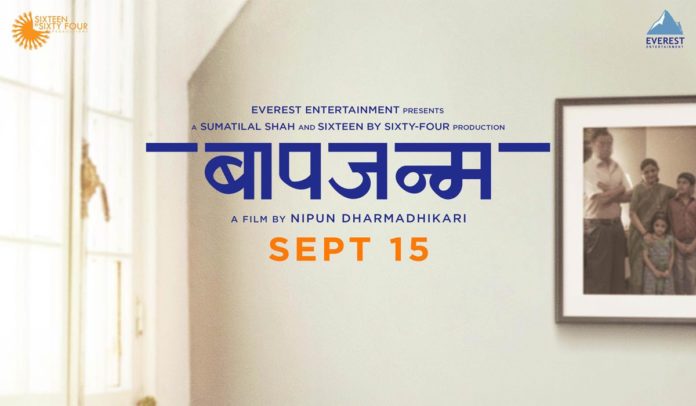 Everest Entertainment presents ‘Baapjanma’. The teaser poster of this upcoming film produced by Sanjay Chhabria & Sumatilal Shah was recently revealed. Forbes award winner theatre director & actor Nipun Dharmadhikari is making his film debut as a director with ‘Baapjanma’. This film will be releasing in theatres on 15th September 2017. 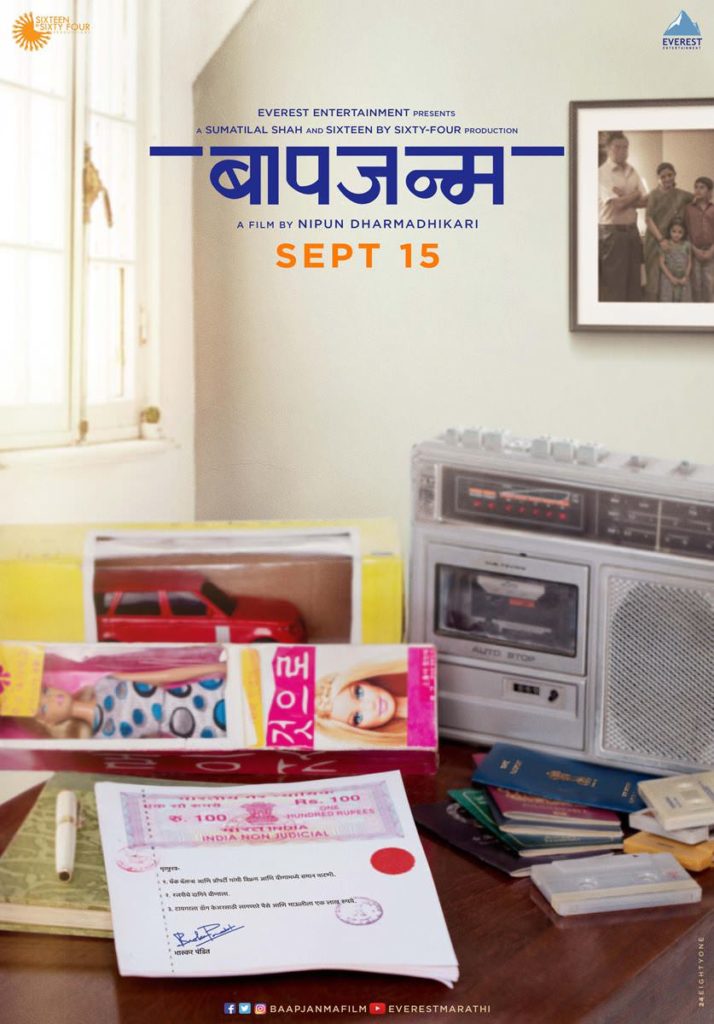 Nipun Dharmadhikari though being a director has now become a household name since his popular web show ‘Casting Couch with Amey & Nipun’. Theatre lovers are also aware about Nipun’s versatile talents. He has been actively involved in all three commercial, experimental & musical theatre scenes in Marathi & beyond too! As a writer & character actor he was also part of the Bollywood film ‘Nautanki Saala’ which starred Ayushman Khurana. In Marathi Nipun was seen playing a small role in ‘Harishchandrachi Factory’ & a substantial role in ‘Highway’.

The information about Baapjanma’s cast hasn’t been revealed yet! But the suspense will soon end & our questions will be answered!