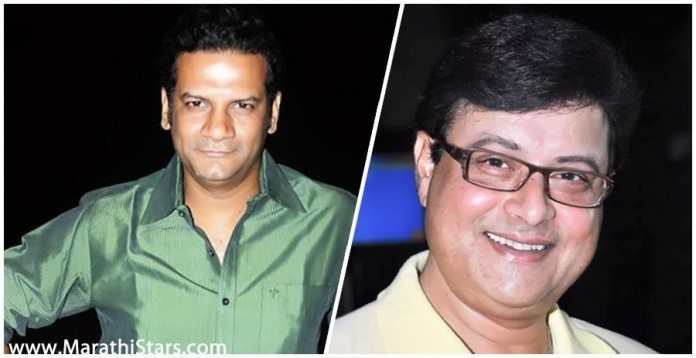 Sanngto Aika…! is maiden Marathi film venture of Landmarc Films, which has brought two well-known personalities of the Marathi film industry – the mega Star Sachin Pilgaonkar and the renowned Director Satish Rajwade – together for the first time ever. The film will be released on 2nd October 2014 all over Maharashtra.

The film is being helmed by distinguished director Satish Rajwade, who has given many back-to-back successful films like ‘Premachi Goshta’, ‘Mumbai-Pune-Mumbai’ , ‘Popat‘ among others.

Director Satish Rajwade said Sanngto Aika has a great ensemble cast and superb production values. I have always maintained that entertainment is a responsibility and Sanngto Aika falls in the league I have always upheld and tried to deliver. Directing Sachin was an honour and the experience was very enriching.”

Producer Ms. Vidhi Kasliwal says, “SanngtoAika is a comedy and yet a significant movie depicting that a hero resides within each of us….all we need is to find him! And I’m very happy and excited that we had such a great team led by two stalwarts of the Marathi film industry to do justice to such a powerful script!”

Producer of Sanngto Aika…!, Ms. VidhiKasliwal, has been associated with the film industry for several years. She worked under Sooraj R. Barjatya, India’s leading Film Director & Producer at Rajshri Productions (P) Ltd., on several films in varied posts. Ms. Kasliwal has worked as an associate director on the well-known movies – ‘Vivah’, one of the Top 10 grossers of 2006, and ‘EkVivaah… aisabhi’ released in 2008. She went on to write and direct the delightful youth based film ‘Isi Life mein…!’ in 2010.