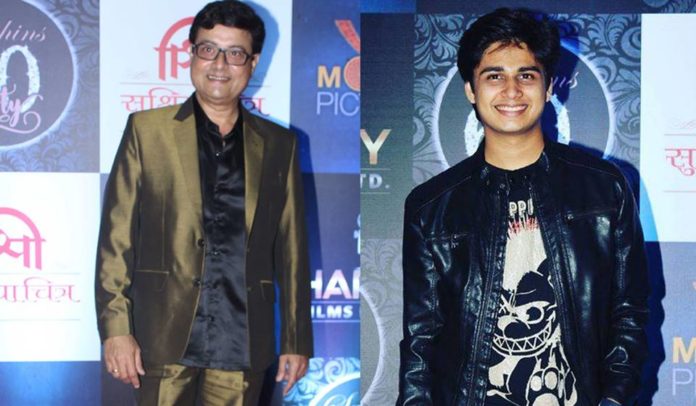 Sachin Pilgaonkar recently celebrated his 60th Birthday! The living legend has spent over 50 years in the entertainment industry! He hosted a huge party on the occasion of his birthday & the dignitaries who attended the party included stalwarts like Sachin Tendulkar, Amitabh Bachhan, Chief Minister Devendra Phadanvis, MNS Chief Raj Thackeray & many other Marathi & Hindi artists.

On this occasion Sachin sir announced his upcoming Marathi film ‘Ashi Hi Aashiqi’ & the surprise news that the film will star Late Laxmikant Berde’s son Abhinay Berde in lead. Abhinay made his acting debut in Satish Rajwade’s ‘Ti Saddhya Kay Karte’ earlier this year. But in this film Abhinay will be playing the lead role for the first time.

The actress opposite Abhinay is yet to be finalised. Sachin Pilgaonkar is returning to direction with ‘Ashi Hi Aashiqi’ after almost 4 years & he will also be playing an important role in the film. ‘Ashi Hi Aashiqi’ will certainly be one of the most awaited Marathi movies in the near future.