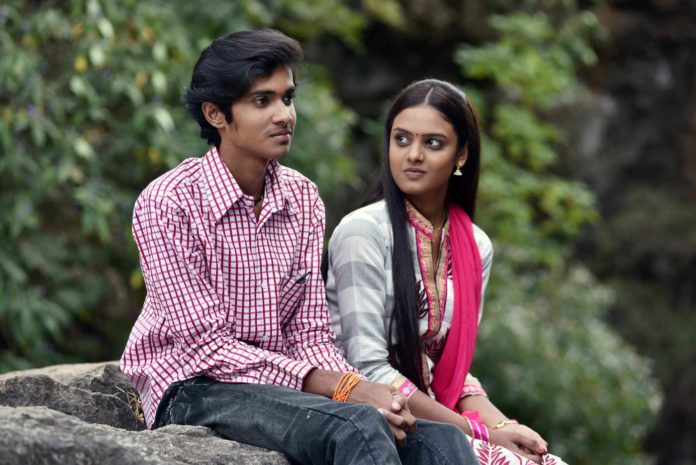 Ravi Jadhav has consistently delivered hit films as a director, producer & also as an actor. As a producer he has always backed films with unique concepts. After the success of ‘Dagadi Chawl’, Producer Amol Dnyaneshwar Kale has come up with new venture ‘Yuntum’. This film is presented by Ravi Jadhav films, Co- produced by Atul Dnyaneshwar Kale and Directed by Sameer Asha Patil. The story is based on teenage love, which  is also a  musical love story is all set to release on February 2, 2018.

Director Sameer Asha Patil who received lot of accolades for ‘Chaurya’, & has now directed ‘Yuntum’. Along with Sameer, Mehul Ahuja has co-written story, screenplay and dialogues. Though, this movie is based on teenage love story, it gives a different approach to live life. Music plays a significant part of this film. Marathi Filmfare Award Winner Mangesh Kangane has written the songs, while famous music director duo Chinar-Mahesh (of Time Pass fame) have composed them.

Talking about the film’s unique title & more Ravi Jadhav said, “Yantum means madness. It is a simple love story set in rural backdrop which holds grave reality and has a rage to do anything for love. Even earlier, I have presented movies which were directed by upcoming talented Directors like Abhijit Panse (director of Rege) and Prakash Kunte (director of Coffee Ani Barach Kahi). Now, Sameer Asha Patil’s name has been added to this list. Also, I am happy that, I got a chance to work with ace actor Sayaji Shinde, through this medium. Many new faces will be seen in this movie.”