Priya Bapat & Abhay Mahajan starrer ‘Gachhi’ is set to release in theatres from 22nd December. Presented by Vidhi Kasliwal under her banner ‘Landmarc Films’ & produced by ‘Ghanta’ fame Nitin Vaidya productions ‘Gachhi’ is a unique film about a girl (Priya) who makes an suicide attempt on the ‘Gachhi’ but instead gets a whole new perspective on life via Abhay Mahajan’s character.

Recently the promotional song for this film ‘Tu Mi Ani Gachhi’ was launched online. Both Priya Bapat & Abhay Mahajan have turned singers for this song. And the video of this song suggests us that they had whole lot of fun while during the recording & shooting of the song! This was Abhay’s very first time singing & Priya supported him very well! 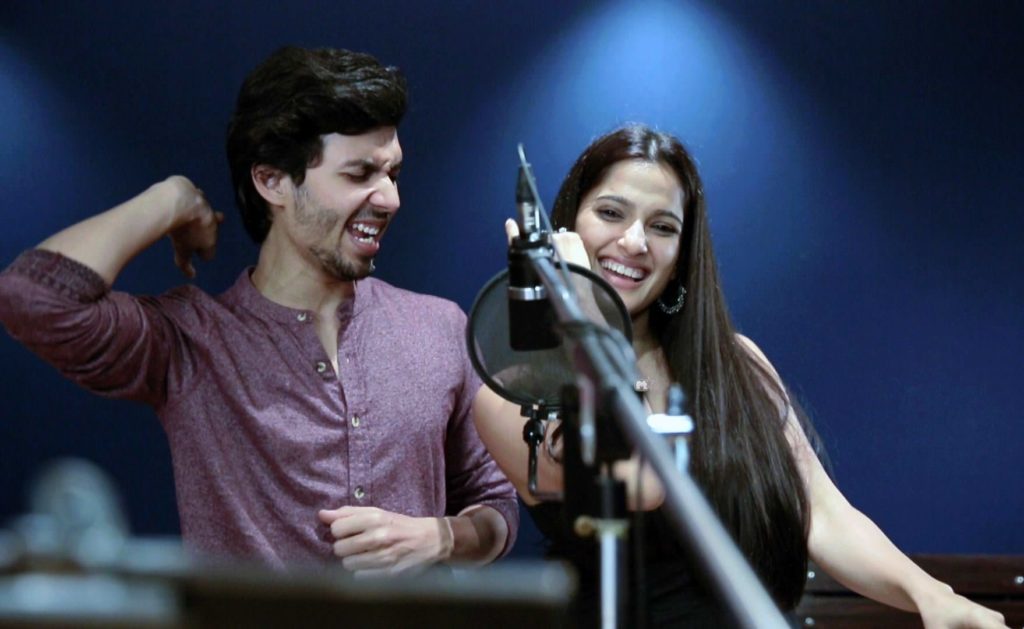 The hatke lyrics of ‘Anolkhi Tu, Mi ani Gachhi’ are written by Omkar Kulkarni & the music is composed by Avinash-Vishwajeet. This song will be more special for ‘Gachhi’ lovers! Nachiket Samant directorial ‘Gachhi’ the whole film too will be a treat for people who love the free spirited ‘Gachhi’!