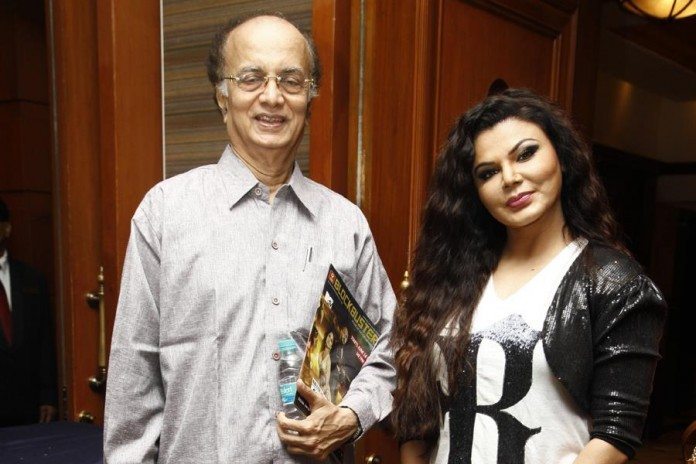 The tikhee mirchi of Bollywood Rakhi Sawant is always in spotlight , performing bold and Bindhast girl, a magnetic personality on screen to attract her fans is now as a producer of Marathi Movie ‘JAYJAYKAR’ already conquering many film festivals.

Presented by ‘Faith Incorporate Movies Pvt. Ltd.’ and produced by ‘Shunya Creations’, ‘JAYJAYKAR’ is ready to release on 13th June. Writer Shantanu Rode is entering in the direction field through this film.

The determination leads a man to solve any problem is the main topic and a social clashes between a gang of eunuchs and a striking dynamic Major gen. Dilip Prabhawalkar is an idol to the new comers has proved his capability in the role of this fanatic Major, and the gang of eunuchs is played by Sanjay Kulkarni , Bhushan Borgaonkar, Dhaval Pokle and Aakash Shinde. These eunuchs unusual are 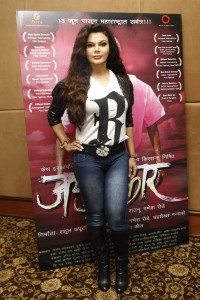 overpowered, optimistic, witty, leaving life in fun ‘n’ frolic and aiming life towards developments as a common man. Suhita Thatte is in a lead role. Lyrics and music by Abhijeet Joshi and sung by Sonali Patel. Photographed by Ashutosh Apte and directed by Sanjeev Rane. Costumes designed by Sanjeev Raj Singh , art direction by Nishikant Ujwane and editing by Anil Thorat. Rakhi Sawant is an attractive new inning of this film.

‘JAYJAYKAR’ is already in limelight’s in different international film festivals gaining awards in acting and direction in different cities at Kolhapur, Sangli, Jaipur, Nashik, Aurangabad, Delhi, Pune and Mumbai. Produced by Rakhi Sawant ‘JAYJAYKAR’ is releasing on 13th June, definitely emphasizing the viewers to think over the subject.