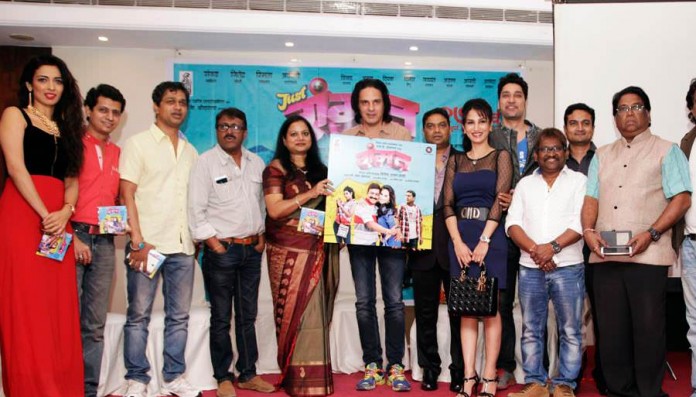 Just Gammat a comedy film presented by Sharad Kumar Shrivastava and produced by Seema Shrivastav under the banner of Silver Screen Entertainment is ready for release. The music launch of this Milind Arun Kavade directed film was held on February 17 at the Hotel Kohinoor, Prabhadevi.

Four songs figure in the film composed by the music director Nitin Kumar Gupta. Tujhya Vina Sune Sune, written by Mandar Cholkar and sung by Swapnil Bandodkar, the item number Francis Bewda Bewda written by Sunidhi and picturized on the item girl Heena Panchal. The title song Just Gammat written by Deepak Angevar figures twice in the film and hence Avdhoot Gupte has crooned both the numbers in different styles.

Samla Bhaskar is the DOP, while Anil Nikam is the sound designer of the film. Rajesh Bidwe has choreographed for the film while Vaishali Deshmukh has designed the costumes. While Salil Amrute has composed the background music score, Santosh Phutane is the art director and Vijay Kochikar is the editor.