Pravin Tarde is one of the all-round artists of Marathi cinema who acts, writes & even directs films. His upcoming film ‘Mulshi Pattern’ was recently inaugurated. Interestingly the first clap of this inauguration was given by the Safai Karmchari, Door Keeper & people working in the box-office of Kothrud Citypride theatre.

This was a beautiful gesture on Pravin Tarde’s behalf to honour the people working in theatres who make the film watching experience of the audiences enjoyable & easy.

On this occasion Pravin Tarde, producer of the film Punit Balan, cinematographer Mahesh Limaye, Ramesh Pardesi, Sunil Abhyankar, Pranit Kulkarni, Kailas Wani, Juili Wani & Kedar Soman were present. After the success of ‘Deool Band’ the audiences are very much excited for the second film by Pravin Tarde as director & writer. It will be interesting to see which role Pravin Tarde will be playing in this film as an actor! 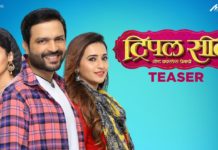 Triple Seat Teaser: Ankush Chaudhari Seems Lost in This Jumble of a Teaser 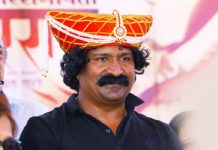 Praveen Tarde Launches the Poster of ‘Sarsenapati Hambirrao’ from a Helicopter! 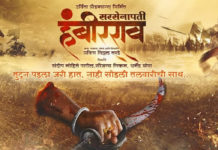 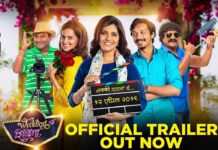