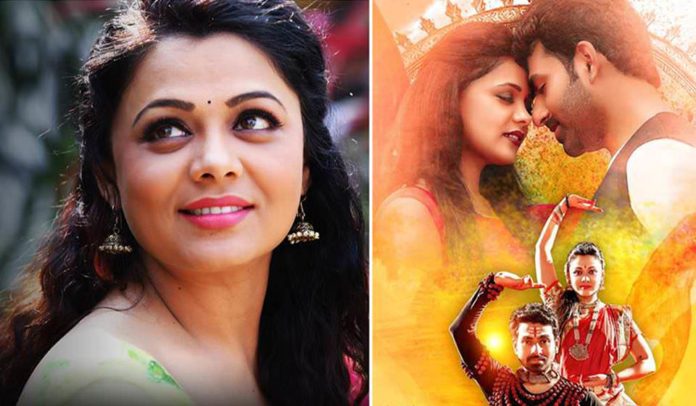 Prarthana Behere has developed a great amount of following among Marathi film lovers. She has been consistently seen playing different roles. Her latest film is ‘Anaan’ & the teaser poster of this film was recently launched online.

Prarthana will be seen in a new look in this film. The poster reveals a couple standing in front of ‘Natraj’ idol. The actor in the poster hasn’t been revealed. It would be interesting to see who will star opposite Prarthana in this film. The title of this film has intrigued the audiences & people scratching their brains to understand its meaning. But soon all this will be explained.

‘Anaan’ is produced by Raunak Bhatia & Hemant Bhatia under their banner ‘Rohan Theatres’ & the story of this film too is written by Hemant Bhatia. The direction is done by Rajesh Kushte & the screenplay-dialogues are written by Mukesh Jadhav. Rajesh Kushte has also written lyrics for the songs in this film. And these songs are composed new talented composers Saurabh-Durgesh. ‘Anaan’ will soon release in all over Maharashtra.