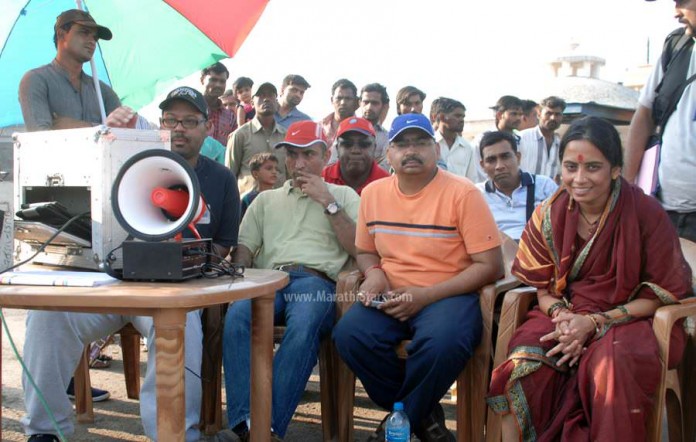 The film stars Kishor Kadam, Smita Tambe, Saurabh Gokhale, Gayatri Deshmukh, Anshuman Vichare, Navni Parihar, Raja Bundela, and Ravi Bharateey. The child actor Yash Pande, who has earlier worked with Amitabh Bachchan, Shah Rukh Khan, and Amir Khan will be seen in this film in a very important role. The story of this film is based on a real life incident and has been written by Clark McMillian, Nitin Adsool and Derrell Cocks. Marathi dialogues have been written by Mayur Deval. The film portrays time period between 1968 and 1985.

East West Film is one of the established production companies in Hollywood in Production, distribution, web media and Television. This company was formed by Clark McMillian, Nitin Adsool and Derrell Cocks seven years ago. Before Partu, they have produced successful films like The Victory Experiece, Miss Utility. They have won various International film festival recognition’s for “Prayer Life”, “Kundalini”, Together Forever”

The DoP of this film is Sanjay Khanzode, and music by Shashank Powar. Theme song of Partu has been sung by Shankar Mahadevan. Background score has been done by Hollywood’s Greg Sims. It will be really very interesting to watch how this east meets west film turns out for audience.