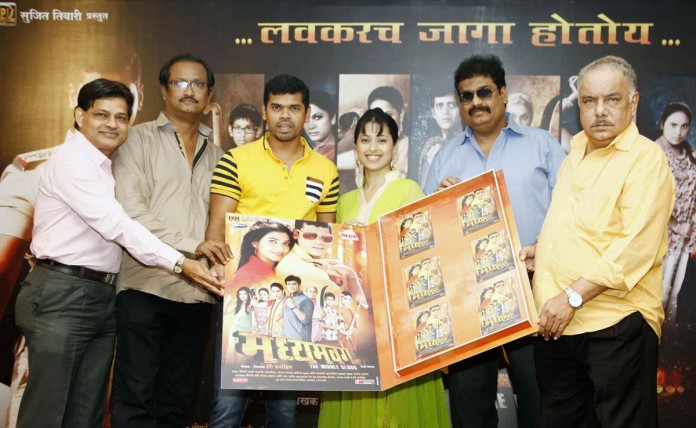 Ravi Kishan, a Bhojpuri and Hindi film actor will be first seen in a Marathi movie in the main lead in “Madhyamvarg – The Middle class” This film has been directed by Harry Fernandez and produced by Sujit Tiwari of Wasan Arts Media Pvt. Ltd and CPI Movies.  The music for this movie was recently launched along with the cast and crew of the film.

The music has been composed by Gunwant Sen and lyrics are penned by Babasaheb Saudagar, Savta Gavali and Harry Fernandez. Highlight of the album is “Kombadyane Baag” sung by Bappi Lahiri and Kalpana. Parivar is a multi- singer song sung by Swapnil Bandodkar, Anupama Sharma, Vaishali Dey and Supriya Pathak. Nashibacha khel has been sung by Shaan and Priya Bhattacharya. Vaishali Samanat has rendered her voice for NauwariS aadee, a dhamal song picturised on Deepali Sayyad. Roopkumar Rathod and Sadhana Sargamhave sung a patriotic song “Jhale Shaheed” The background score has been done by Salil Amrute. 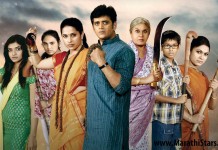 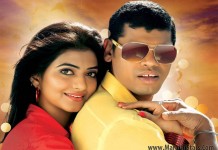 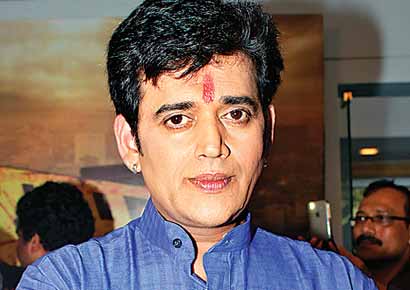