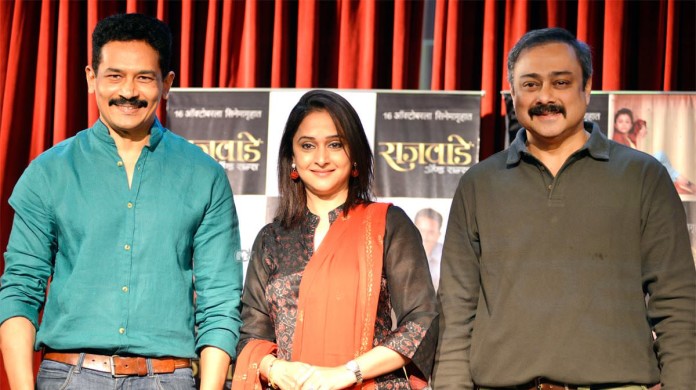 The music launch ceremony of Rajwade ans sons took place in Mumbai recently in a glittering event. The film is directed by Sachin Kundalkar who has earlier given hits like Gandh and Happy Journey. The film is produced by Atul Kulkarni and Kundalkar under the banner of Kafé Kamera.

The music for this film has by Debarpito, Andrian Desouza and Tejas Modak while lyrics are penned by Tejas Modak.

Interestingly, the director of the film Kundalkar was not able to attend this event. Due to heavy rains, he was not able to finish some of his shooting. He apologized through social media and commented, “We have shot this film like a strict military schedule. The songs are very simple and easy to hum. The film reflects the current society and hence every member of the audience will be able to identify with this film”