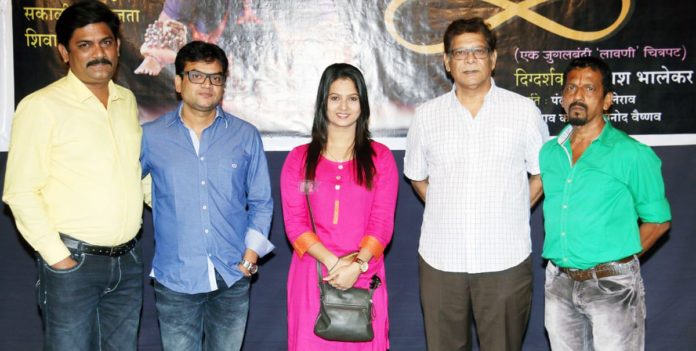 Prakash Bhalekar directed Paij- a film about Marathi folk art Tamasha will be going on the floors very soon. The Muhurt for this film was performed recently by Meghraj Rajebhosale. The film is produced under the banners of Kakaji Arts and Films and the producers are Pandharinath Bhalerao, Santukrao Kolte and Vinod Vaishnav. The film stars Mohan Joshi, Mangesh Desai , Sonali Kulkarni, Sara Shravan, Ramesh Vani and Prabhakar More in leading roles.

Kakaji Arts and Films have produced many popular music videos and this will be their first film production. The plot of the film revolves around a girl who conquers the stage with her Lavani dancing and becomes Lavani queen.

The story of the film is written by Sanjay Kolte and screenplay and dialogues and music is by Pandharinath Bhaleraon and Vinod Vaishnav. The DOP is Jitendra Acharekar and choreography is by Kiran Kakde.