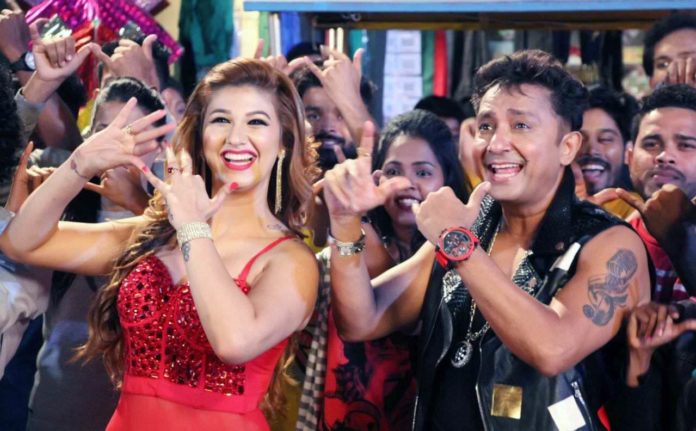 Sukhwinder Singh, who has created a distinct image for himself in Hindi cinema with his style of singing, had a song picturized on him and the muhurat of the movie ‘Raja’ was celebrated with great enthusiasm. Saurdeep Kumar, Swarada Joshi, Nishita Purandare, Sharad Ponkshe, Jaiwant Wadkar, Surekha Kudchi, Vineet Bonde and Pauras Deshpande have acted in this film. Under the Banner of ‘Satyasai’ Multimedia Pvt. Ltd’ the film is produced by Pravin Kakad, the Co-producer is Naresh Sakhre. On this occasion, Member of Parliament Dr. Pritam Munde, Dr. Ajinkya D.Y.Patil, Pravin Darade, Surendra Pande, Dr. H. Khorakhiwala, Pratap Dighavkar, Ranjit Dhakne, Gaurav Khade, Pravin Talreja and Dilip Patil, were present.

The Movie ‘Raja’ is based on the life of a pop singer. The story and the script is written by director Shashikant Deshpande, dialogues are by Milind Inamdar and Shashikant Deshpande. The songs, penned by Valay Mulgundh, are set to music by Pankaj Padghan. Cinematography is by Damodar Naidu. The production manager is Poonam Ghorpade and the executive producer is Satyavan Gawde. Costumes are by Poornima Oak and make-up is by Sharad Sawant.