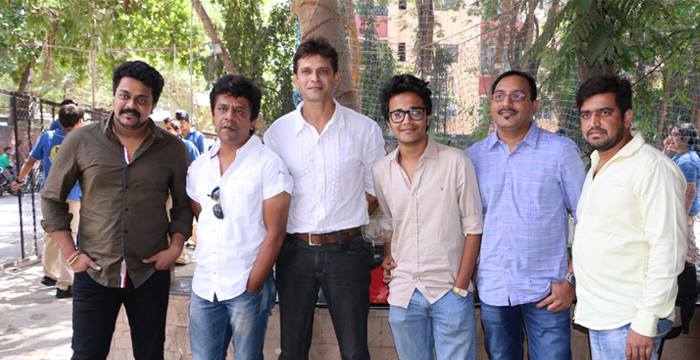 Renowned director Sanjay Jadhav is all set to release his next film Pyaar Vali Love Story on October 2, 2014. The music team is working hard on the song recording before going on the floor. The third song of the movie was recorded at Ajivasan studio on Thursday.

The foot tapping beats are apt to the lyrics ‘Shutter ka tala … kisne hai khola ….’ by Sachin Pathak (Yo). He has also given the lyrics to the song ‘Zindagi Zindagi’ from blockbuster movie Duniyadari. 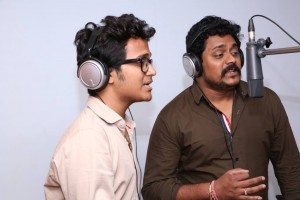 The unique part of this song is well-known music directors Amitraj and Pankaj Padghan are working together. For the first time, Amitraj will be singing for his dear friend and music director Pankaj Padghan along with singer Rohit Raut (‘Yara Yara’ – Duniyadari fame). After six months of tough efforts the music team has delivered to its best. With positive response from everyone towards the song, the recording resulted to fun and joyous moment for everyone part of the team.

Upendra Limaye and Sameer Dharmadhikari were also present at the studio for song recording. Including the entire team, choreographer Umesh Jadhav was also part of the recording to understand the song better for designing path breaking steps for the artists.

Marathi music lovers have appreciated the song Zindagi Zindagi making it a song of the year. Following the same trend and excelling further, ‘Shutter ka tala … kisne hai khole’ is also expected to be song of the decade.

Actors Swapnil Joshi and Sai Tamhankar will play the lead roles in Pyaar Vali Love Story whereas Urmila Kanetkar-Kothare and Nagesh Bhosale will play an independent key role in the movie standing strong. The new faces in the team will be well known actors Upendra Limaye, Sameer Dharmadhikari and Chinmay Mandlekar.