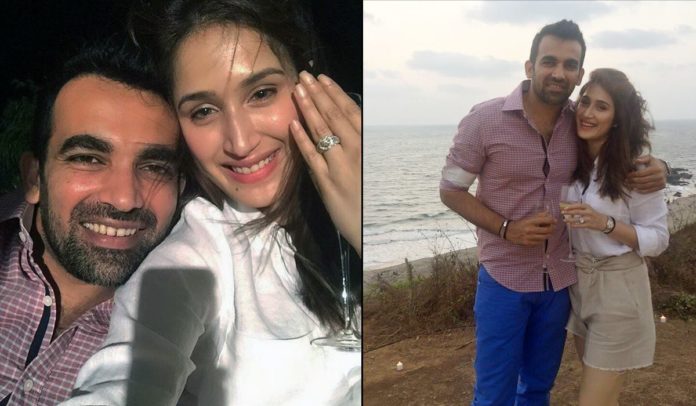 Just like in her super hit sports film ‘Chak De India’ Sagarika Ghatge got engaged to a Cricketer in the real life! And that lucky cricketer is one of India’s greatest fast bowler ever Zaheer Khan. The couple were in a relationship from some time now & recently they revealed the news of their engagement on social media.

Though Zaheer Khan’s mother tongue is Urdu he too is a Maharashtrian. He was born in Ahmednagar & later also lived in Pune. Zaheer Khan has proved to be one of the greatest cricketers for India. He retired from international cricket a few years ago but he is playing IPL.

Sagarika Ghatge debuted with one of the most important Hindi films of recent times ‘Chak De India’ & was later appreciated for her performance in the Marathi film ‘Premachi Goshta‘. Sagarika is from Kolhapur & belongs to a royal family. Her father Vijayendra Ghatge too has been a seasoned actor in Bollywood.

We wish the couple lots of happiness & good fortune for their future in both personal & professional lives.