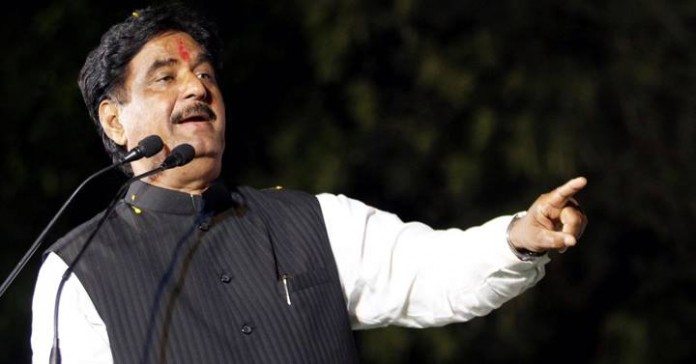 As soon as the tragic news of newly appointed Rural Development Minister Gopinath Munde’s demise broke, many Marathi personalities from film industry took to Twitter to express shock and sadness.

Union Rural Development Minister Gopinath Munde on Tuesday passed away after his car met with an accident.

Munde was on his way to the airport when he met with an accident. Though the post-mortem report is awaited, preliminary reports suggest that cardiac arrest could be the reason for Munde’s demise as AIIMS doctors said there were no external injuries.

Celebrities from Marathi film industry expressed grief over the sad demise of the union minister.

Got up to a really sad news. Life is so strange, so unpredictable.. RIP Munde saheb.

Had the privilege of spending some time with Mr Munde. Simple man, very grounded, great sense of humour. Huge loss. Condolences to family.

The sudden demise of Mr Munde has come as a shock to every one. RIP Gopinath Mundeji.

Still not able to believe! RiP Gopinath Munde.. So tragic!

Sad #Rip #GopinathMunde loss of #bjp cars of VIP ppl should ve #CPR facility! as he could ve been revived in 5mins of cardiac arrest