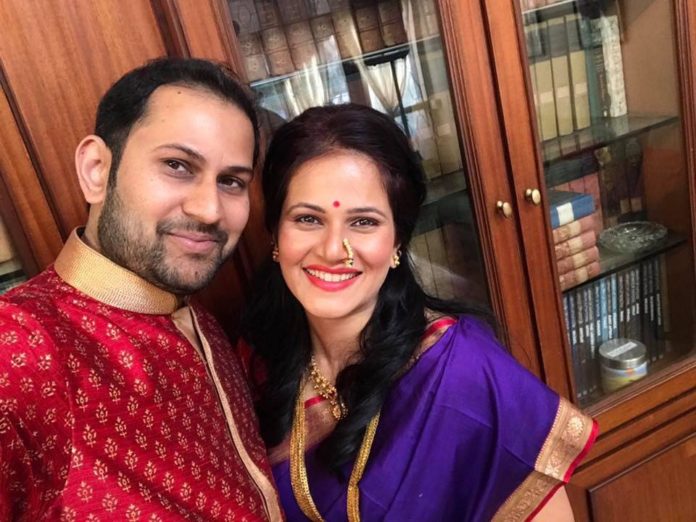 This wedding season seems to be the most heart-breaking one for many Marathi audiences! From Shruti Marathe, Mrunmayee Deshpande, Mayuri Wagh to now Manava Naik so many beautiful Marathi actresses are getting married. Yes Manava Naik recently got married to producer Sushant Tungare.

Currently Manava & Sushant are together bringing us Zee Marathi’s ‘Chuk Bhul Dyavi Ghyavi’ as producers, but little did we knew about their relationship. It’s happy co-incidence that their serial itself is a beautiful, fun love story. Recently Manavi Naik’s Mehendi & Wedding ceremony photos were uploaded on social media & her fans got to know about the news.

Manava is one of the rare all-round artists in Marathi. Apart from acting in films like ‘Kshanbhar Vishranti’, ‘Kaksparsh’, ‘Jodha Akbar’ & the recent ‘Jaundyana Balasaheb’ & many Hindi & Marathi serials she has also directed a film like ‘Por Bazar’ & now has ventured into production alongside her to-be husband Sushant Tungare.

We wish for Manava, lots of happiness & success for her future on both personal & professional fronts.