Though it is pertinent to note that the film industry in India was born in Maharashtra and it was thanks to a Maharashtrian pioneer, many Maharashtrian artistes are fund hesitating to act in Marathi films, in spite of being Maharashtrians who have Marathi as their mother tongue. Till today, it remains an unsolved mystery and very few show the zeal and enthusiasm to serve the Marathi film; industry after earning a lot of laurels by working in films in other languages or winning beauty pageants all over the world.

One among the few who has taken pride in being a Maharashtrian and vowed to make her debut in Marathi films with a Marathi film is none other than Manasi Moghe, who had won the coveted title of ‘Miss Universe 2013’ and was one among the finalists of ‘Miss Diva’. Though she had a lot of offers dangling in Hindi films in front of her, Manasi chose to make her debut in films with “Bhugadi Mazi Sandli Ga”

“Bugadi Mazi Sandli Ga” is being presented by Von Ryans Entertainment and produced by producer Shyam Singhania under his banner of Ticket Films, who says that he too opted to make his bow was a producer with a Marathi film instead of trying his hand at making a film in Bollywood because he is rooted to the soil of Maharashtra. According to Shyam Singhania, the plus point of his film which is being directed by Mansingh Pawar who is also writing the story, screenplay as well as the dialogues is Nagpur based Manasi Moghe.

Manasi Moghe confesses that it was good that even when she was keen on making her debut with a Marathi film, the offer to make her debut with “Bugadi Mazi Sandli Ga” landed on her lap and hence she said yes to it without any hesitation because she was glad that she could try her hand at acting in a film which is rooted to the soil and based on Marathi folk lore and has a strong and powerful subject and excellent music which is catchy as well as soulful and also boasts of an ensemble cast, with a director like Mansingh Pawar helming it. 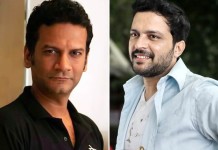 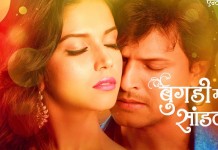