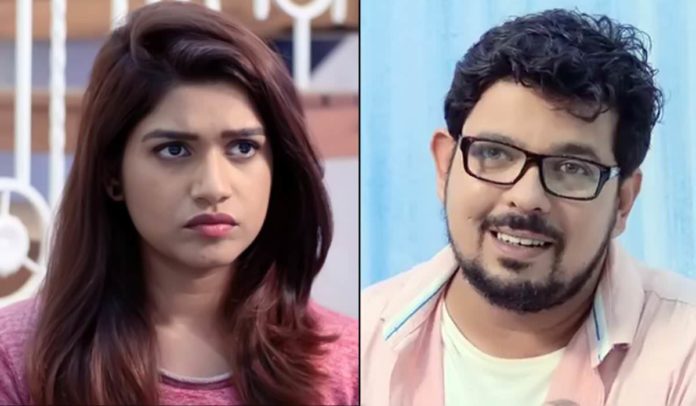 Zee Marathi’s Majhya Navryachi Bayko has reached high TV ratings from the very beginning of the serial. The characters of Radhika, Gurunath, Shanaya & others have made a bond with the audiences. Some time ago another interesting character of Soumitra was added in the scheme of things!

Soumitra has been trying his best with his unusual tactics to make Gurunath realize his mistake. Soumitra has figured out that Shanaya doesn’t really love Gurunath but she loves his money. So separate Gurunath & Shanaya Soumitra is himself trying to impress Shanaya with his wealth! From taking her to a lavish dinner to gifting her a credit card Soumitra is slowly making Shanaya fall for him!

We are also seeing that Gurunath is being affected by this tactic of Soumitra. He even accuses Radhika that this is her plan to separate him from Shanaya! It would be interesting to see in coming episodes of Majhya Navryachi Bayko whether Shanaya leaves Guru for Soumitra? And if that happens what will happen when Shanaya comes to know the truth of Soumitra’s plan? In between all this will Radhika ever forgive Gurunath? All that will soon be revealed!