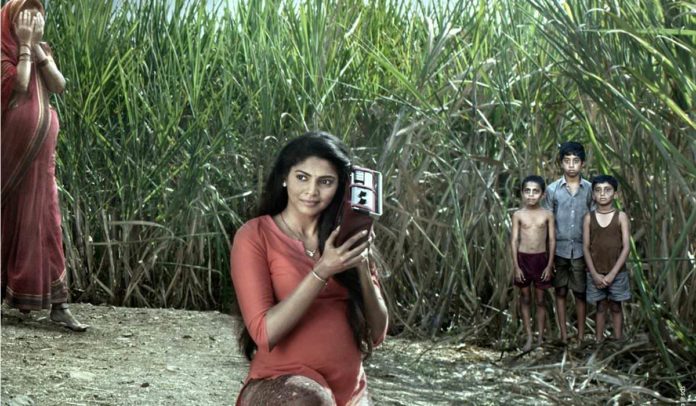 Ever since the trailer of ‘Lapachhapi’ has been posted on social media, it has gone viral. And the thrill of horror film has grasped one & all. This film was shot in a thrilling manner too. In a sugarcane field, away from livelihood this film’s team shot the film & had to face many obstacles.

The old house used in the film has been there for years & without humans living in it. And since the sugarcane field was far from the village, the villagers used to throw away snakes which were caught in the village. And these snakes caused lot of problems while the shooting of the film. Many a times, actress Pooja Sawant had to give her scene with a fear of snakes in her mind, even she hurt herself while shooting but kept going on.

Moreover Pooja who never sleeps alone, she is always accompanied by her mother purposefully stayed alone in that house to get into the character. Her character is of a pregnant woman & who has to stay alone in that house facing many obstacles. Lapachhapi directed by Vishal Furia is set to release on 14th July & is set to create a new milestone in ‘horror’ genre of Marathi cinema.