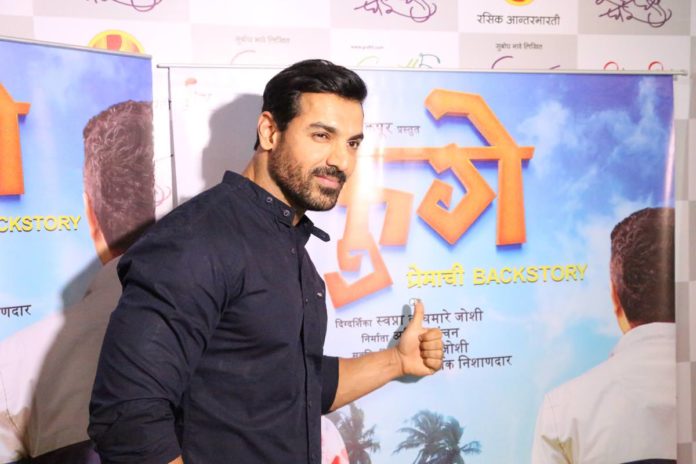 John Abraham is well known to be a choosy actor. He associates himself to fresh ideas both as an actor & as a producer. After Bollywood stars like Vidya Balan & Priyanka Chopra now John is all set to enter the Marathi film industry as a producer. Recently at the trailer launch event of upcoming Marathi film ‘Fugay’ John spoke about it & he also revealed that very soon he will bring his first Marathi film as a producer. 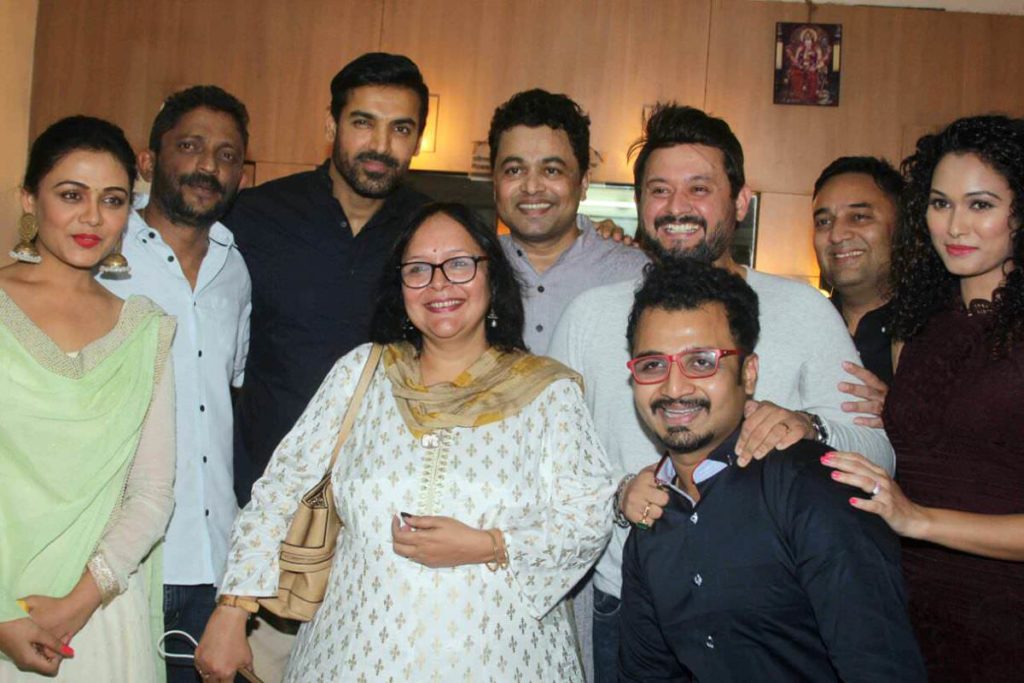 On this occasion John also expressed his thoughts about Marathi Cinema being more great content wise & morals wise. Marathi Cinema stands boldly ahead of any film fraternity in India because there is corruption in the business strategies too, felt John. He also said that the Hindi film industry needs to take a lesson from Marathi Cinema!

John wished the entire team of ‘Fugay’ all the very best. ‘Fugay’ is a complete entertaining package starring the two stars of Marathi industry Subodh Bhave & Swwapnil Joshi. John felt this film will definitely click with the audience & will be successful at the box office. John also revealed that his first Marathi film as a producer will also be directed by the director of ‘Fugay’ Swapna Waghmare Joshi. John mentioned that along with Marathi, the Malayalam film industry too is bold & brave enough to experiment with different subjects; a quality that is inspiring to other film industries including Bollywood.