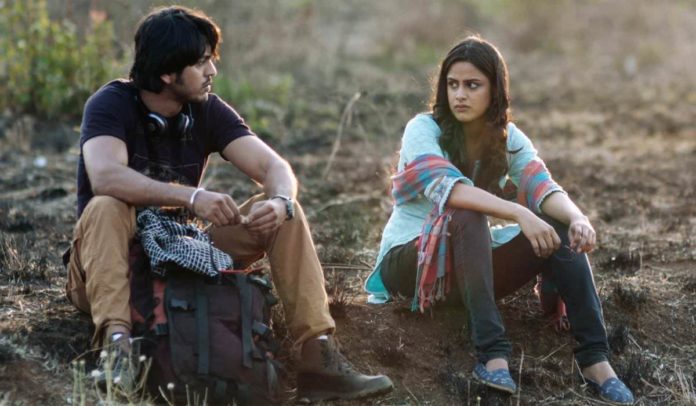 We all know what ‘TTMM’ stands for! Right? Yes in our own way by ‘TTMM’ we mean ‘Tujha Tu Majha Mi’. It’s a common word used among friends when they are partying or eating out. It refers to the fact that “I am short on cash or not in a mood to pay for you, so you better pay for yourself”. This concept itself is so fun, so unique & yet so familiar to us. Imagine if we could watch a Marathi film based on it!

We need not wait for long now as an upcoming film titled ‘TTMM’ has already been announced & it stars Television star Lalit Prabhakar (who has huge fan following and has won hearts of millions of girls) & Neha Mahajan (that cute girl from films like ‘Coffee Ani Barach Kahi’, ‘One Way Ticket’ & ‘Siddhant’). Neha has even worked in a bilingual Bollywood film ‘X: Past is present’ whereas we all know Lalit as ‘Aditya’ from ‘Julun Yeti Reshim Gathi’ & ‘Kabir’ from ‘Dil Dosti Duniyadari’.

‘TTMM’ is produced by Dr. Santosh Uttam Sawane under the banner ‘Vaishali Entertainment’, story-screenplay & dialogues by Tejpal Wagh, editing & cinematography is done by Mayur Hardas. The whole team of ‘TTMM’ is new & full with fresh ideas & energy lead by debutante director Kuldip Jadhav. The star cast of the film is a bunch all known great actors from Marathi Industry. Along with Lalit and Neha, you will get to see Vidyadhar Joshi, Satish Pulekar, Savita Parbhune, Seema Deshmukh, Bharat Ganeshpure, Sagar Karande, Sharavri Lohokare, Pushkaraj Chirputkar and Pushkar Lonakar all these talented faces would be seen in this film.

Songs composed by Pankaj Padghan & written by Guru Thakur, Kshitij Patwardhan and Omkar Dutt would soon be released, and audience would surely enjoy them. Along with the above mentioned fun part there are many shades behind this small word ‘TTMM’ and we are sure you would enjoy this journey of the young couple and their families, through this film.