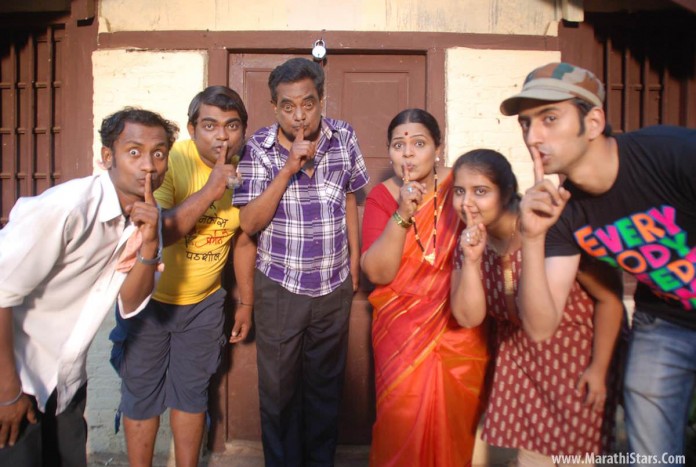 The pinnacle of black comedy is the film ‘ATITHI -PART 1‘ and the film is all st to entertain the audiences on 29 May all over Maharashtra. In a rare feat the two sequels of a film have been filmed simultaneously by Shree Productions comprising of Girish Kumar and Ashok Mokhariya. The sequel will also release soon. The film revolves around Atmaram Purne who shifts to Lonavala after leaving the city and after taking a loan from Hasmukhbhai, he rents a bungalow which he utilizes as a hotel for boarding lodging but then when guests come into the hotel, strange andbizzare happenings happen in the hotel with the guests? Who are these guests? And why do such incidents happen? The film’s story and scenario is written by Ashish Poojari and dialogues are by Nilesh Bhosle and the music is by DHAG fame Adi Ramchandra and Suhit Abhyankar and the DOP is Dhaval Ganbote and TIMEPASS 2 fame sound designer Rohit Pradhan, DIGITAL INTERMEDIATE by Yogesh Dixit and eye catching promos by Manish More.