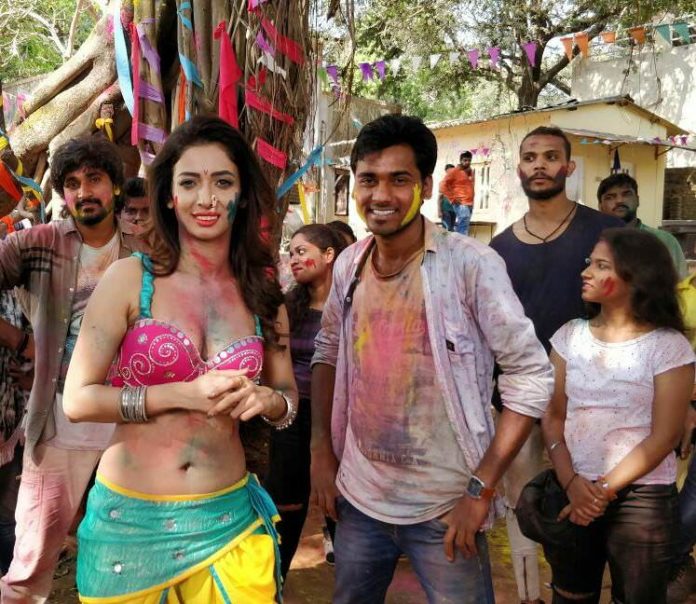 Since last two to three years there’s a trend of rural love stories in Marathi cinema. Another addition to this trend is ‘Vantas’ produced by Baburao Lavte of Gurukrupa Production Entertainment & directed by Dnyaneshwar Yadavrao Umak. This film releases on 4th May all around Maharashtra.

The search for actor for one of the characters in the film was going on. A young boy working in a mobile shop in Daryapur got the lucky opportunity. Akshay Mahulkar was casted as ‘Bungya’ which one of the important roles in the film. Akshay would also be romancing actress Heena Panchal in this film!

Akshay is a good friend of Dnyaneshwar Umak the director of the film. Hence it click in director Umak’s head that Akshay would be perfect for Bungya’s part! Akshay was overwhelmed by this casting! We are sure he must have performed well too. So watching a rooted rural love story like ‘Vantas’ in theaters is a must!