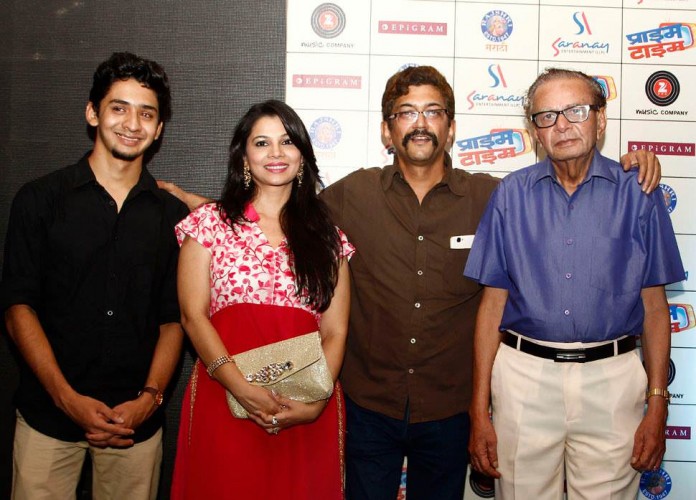 The music of Producer Himanshu Patil and director Pramod Kashyap’s ‘Prime Time’ was held in grand style in the presence of minister Chhagan Bhujbal, Kesari Tours owner Kesaribhau Patil, actors Mahesh Manjrekar, Sachin Khedekar, released the music. Today music is one of the main components of a successful film. And many new experiments are made in the realm of Marathi music. There is also a feast of good music in ‘Prime Time’. And ‘Prime Time‘ is one of the burning topics today and Bhujbal expressed confidence thatthe film will catch the imagination of the audiences. Music added to the glorious mood in the hall as the first lookand the music was released at the occasion.